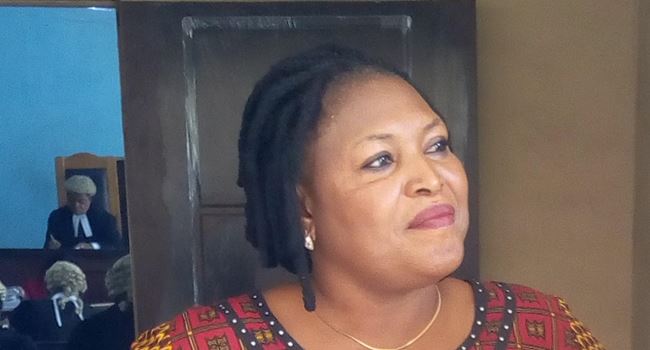 One Elizabeth Akaa was on Monday dragged before Justice M. A. Ikpambese of the Benue State High Court, Makurdi, over an alleged N9 million fraud.

The Economic and Financial Crimes Commission (EFCC), Makurdi Zonal Office arraigned her before the court on a one-count charge, bordering on breach of trust, dishonesty and misappropriation to the tune of N9 million belonging to the Nigerian Union of Local Government Employees (NULGE) Guma chapter.

Akaa was alleged to have been entrusted with N27.1 million as the chairman of NULGE, Guma chapter, between 2016 and 2018 but dishonestly misappropriated a sum of N9 million and thereby committed an offence punishable under Section 313 of the Penal Code Law of Benue (CAP) 124 (Revised Edition) Laws of Benue State 2004. She pleaded not guilty to the charge, upon which prosecuting counsel, G. G. Chia-Yakua requested for a trial date, and for the court to remand her in a Correctional Centre.

However, counsel to the defendant, Otache Bako, who was ready with a motion for bail, urged the court to grant her bail on most liberal terms.

Justice Ikpambese granted bail to the defendant in the sum of N5 million with one surety in like sum. The surety must be resident and have a landed property within the jurisdiction of the court and must show evidence of such or a civil servant not below GL10 with letter of appointment and must deposit one passport photograph with the court.

The defendant was remanded in a Correctional Centre pending the perfection of her bail conditions and the case was adjourned till March 25, 2020 for trial.

Trouble started for Mrs Akaa when the EFCC received a petition, dated April 25, 2019, by a concerned staff of Guma Local Government Area, Gbanjiba, Benue State, alleging that she diverted monies belonging to deceased staff to her daughter’s account.

The petitioner further alleged that Akaa was a signatory to NULGE Guma Branch account but instead of operating this account for official transactions, she used her company’s account.

She is also alleged to have been signing payment vouchers and receiving cash deductions from staff salaries meant to be remitted to deceased staff’s family members as part of compensation for the loss of their and diverting the same to herself.