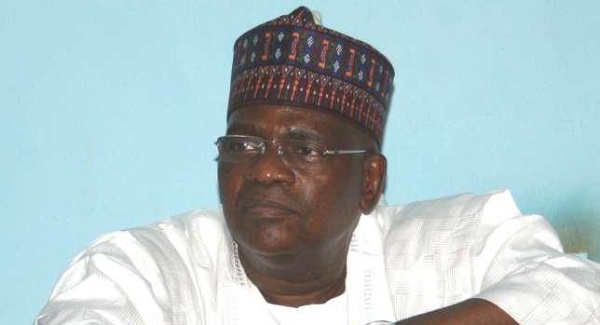 The Economic and Financial Crimes Commission (EFCC) has filed a cross-appeal against the judgment of a Federal High Court in Gombe, which partially upheld a no-case submission by former Governor Danjuma Goje.

EFCC had charged Goje, along with Aliyu U. El-Nafaty and S.M. Dokoro Gombe, on an amended N5billion fraud suit. The charges bordered on conspiracy, money laundering and embezzlement of funds belonging to the state government, all amounting to about N5 billion.

The commission, through its prosecuting counsel Wahab Shittu, claimed that the former governor forged a resolution of the House of Assembly to collect N5 billion loan from Access Bank while he was the governor between 2003 and 2011.

READ ALSO: You have no case here, court tells EFCC after dismissing 19 of 21 cases against ex-Gov Goje

Ruling on Goje’s no-case submission, Justice O. B. Quadri, on March 22, dismissed 19 of the 21-count charge, retaining only two.

Goje filed an appeal to challenge the court’s refusal to up-hold his no-case submission in its entirety.

However, in its cross-appeal, filed at the Court of Appeal sitting in Jos, the Plateau State capital, EFCC said the lower court erred in numerous respects.

The commission said the lower court embarked on extensive evaluation of evidence, including the credibility of prosecution witnesses in its ruling.

“The court at the stage of no case submission is not expected to consider credibility of witnesses or evaluate the evidence,” Shittu said.

The EFCC counsel added that the court failed to consider that the N5billion facility did not comply with rules for capital expenditure, and that the purported resolution authorizing the loan was forged.

After highlighting several other errors by the lower court, Shittu urged the Court of Appeal to set aside aspects of the ruling sustaining Goje’s no case submission.

EFCC sought an order directing the defendants to enter their defence in respect of the counts for which they were discharged.