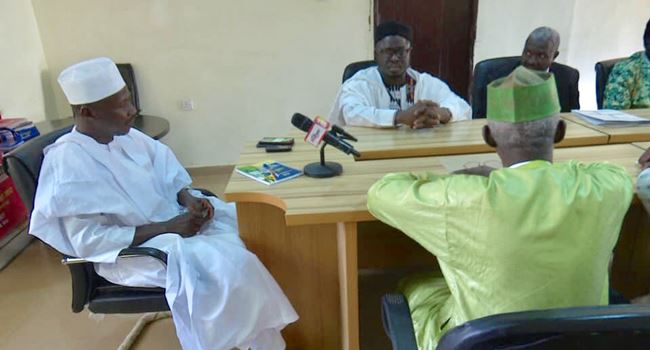 The Economic and Financial Crimes Commission (EFCC) on Wednesday sought spiritual supports of religious leaders in the country.

In a meeting with clerics from different faiths in Kano State, the acting chairman of the commission, Ibrahim Magu, sought for collaboration that will aid successful fight against corruption in the country.

Magu who also spoke with newsmen after the meeting said the commission had begun a campaign that seeks collaboration with various religious leaders across different faiths in the fight against corruption.

He said the fight against corruption is not only a fight by the commission, but a fight that needs a holistic approach in tackling it, adding that the religious leaders have a very vital role to play in curtailing the menace.

“Religious leaders have a very critical role to play in the fight and that is why we are now involving them to see how we can work together with an effective workable plan to arrive at a desire destination of a minimal corruption level.

“The meeting we have held has produced a committee that will seat and come-up with a work plan that will ensure reduction of corruption,” he said.

Meanwhile, clerics from different faiths in Kano advised the the commission to complement its ongoing efforts in the fight against corruption with prayers to seek divine intervention on the lingering corruption menace.

One of the Islamic leaders at the meeting, Sheikh Aminu Ibrahim Daurawa,  maintained that “Though the commission has been doing a great job, there is the need for all religious leaders to lend their support in the fight against corruption.

Similarly, the chairman Christian Association of Nigeria (CAN) Kano branch Reverend Adeyemo Samuel stated that, it is a duty bound on all religious leaders to join the crusade of the fight against corruption in the country through prayers.

The religious leaders, however, pledged their spiritual support for the commission in terms of prayers.

Housewife arrested for faking her own Kidnap