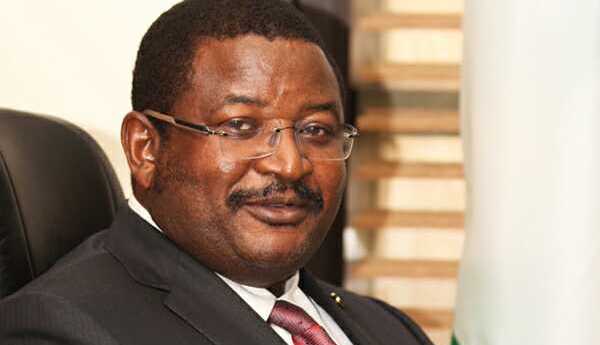 The commission arraigned Yakubu on a six-count charge of fraud on March 16, 2017.

The ex-NNPC chief had admitted to owning over $9.8 million cash found in a house in Kaduna State by the EFCC in 2016.

At the resumed trial on Wednesday, the prosecution counsel, Halima Shehu, informed the court about an application for amendment of the charges.

He said: “My Lord, the matter today is for the continuation of trial, however, we have an amended charge dated March 8, and filed on March 10, 2021.

“The application is brought pursuant to Section 216(1) and (2) of the Administration of Criminal Justice Act, 2015.

“We humbly apply for the application to be granted for us to amend the charges.”

Shehu told the court that she had tried serving the amended charges on Yakubu through his counsel, Mr. A.A. Usman, but he refused service.

Responding, Usman admitted that he refused service of the application to amend the charges.

The counsel said: “I do confirm that we refused service of what has been described as an amended charge this morning. We did so with reasons.”

According to him, the April 24, 2020, judgment of the Court of Appeal, Abuja, had provided a guide on the trial.

Usman also argued that the court and parties in the matter were bound to give effect to the order of the Court of Appeal which is extant.

He insisted that the proposed application by the EFCC counsel was a deliberate attempt to delay proceedings in the trial.

He urged the court to refuse the proposed amendment.

He said the amendment was prejudicial to say the least.

Justice Ahmed Mohammed adjourned the case till April 15 to rule on the application for amendment of the charge and continuation of trial.