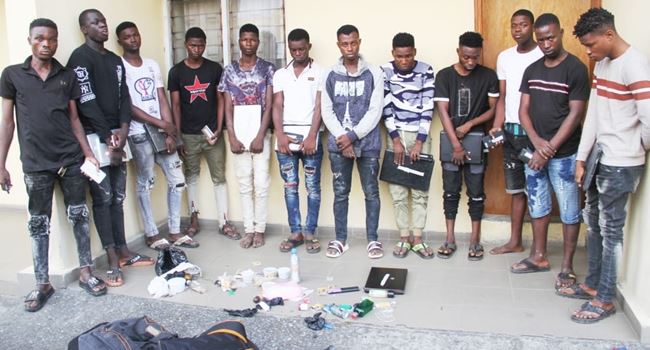 No fewer than 12 suspected internet fraudsters have been arrested by the operatives of the Economic and Financial Crimes Commission (EFCC).

The anti-graft, agency revealed the development in a statement on Friday.

It said the suspects “were arrested in a rented three bedroom apartment in the Ikotun area of Lagos, which they used as a Yahoo Yahoo school”.

“During the raid, some of the suspects attempted to flee by hiding in the roof of their apartment.

“Items recovered from the suspects include laptops and mobile phones,” the statement added.

EFCC also said the suspects would be arranged in court after investigation was completed.