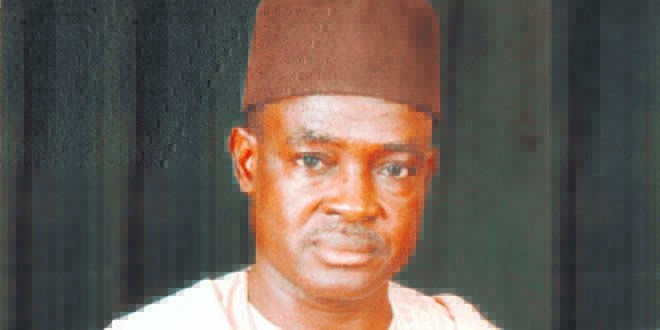 The Economic and Financial Crimes Commission, (EFCC) on Tuesday presented the third witness (PW3) in the ongoing trial of a former Director-General of the Small and Medium Enterprises Development Agency of Nigeria (SMEDAN), Umar Bature Masari.

Masari, who is accused of engaging in money laundering and gratification, is standing trial for an amended 22-count charge before Justice Okon Abang of the Federal High Court, Abuja.

The EFCC’ s Head of Media and Publicity, Wilson Uwujaren, said in a statement that the former SMEDAN chief was first arraigned on a 17-count charge. in April this year

At the resumed sitting on Tuesday, the witness, Remmy Ugwu, a compliance officer of Zenith Bank, while being led in evidence by counsel for the EFCC, E.E. Iheanacho, told the court that he liaises with law enforcement agencies and regulators, and also attends to requests from them.

He said: “In August 2018, the EFCC submitted a request at our head office in Lagos, asking for account opening document, certificate of identification, and the request was sent to me to generate the request in our Maitama office in Abuja.

“I generated the requested document and forwarded to my boss in Lagos to sign the covering memo and then passed it to the EFCC office in Lagos.”

Ugwu added: “On November 28, 2014, there was an inflow of N9million from Diamond Bank account of Bature Umar Masari.

He further told the court that there was a credit of N3,000.000 to Bature’s GTB account.

The judge, thereafter, adjourned the case to October 16 for the continuation of trial and fixed November 7 for ruling on an application filed by the defence seeking to quash the charges.

Related Topics:EFCCUmar Bature Masari
Up Next