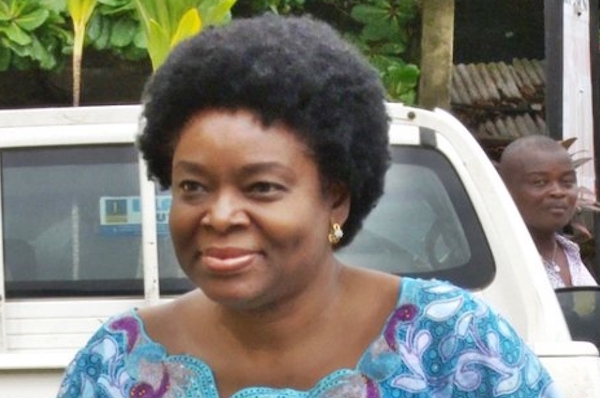 Akinjide was re-arraigned alongside two chieftains of the Peoples Democratic Party (PDP) in Oyo State; Olarenwaju Otiti and Ayo Adeseun, at the Federal High Court in Lagos.

EFCC accused them of conspiring to directly take possession of N650million from former Petroleum Resources minister, Diezani Alison-Madueke, ahead of the 2015 general elections without going through a financial institution.

The commission said they should have known that the money was part of proceeds of an unlawful act.

One of counts reads: “That you Mrs. Diezani Alison-Madueke (still at large), Oloye Jumoke Akinjide, Senator Ayo Ademola Adeseun and Chief Olanrewaju Otiti, on or about the 26th day of March, 2015, in Nigeria, within the jurisdiction of this honourable court, conspired amongst yourselves to directly take possession of a N650,000,000, which sum you reasonably ought to have known formed part of proceeds of an unlawful act and you thereby committed an offence contrary to Section 18(a) of the Money Laundering (Prohibition) (Amendment) Act 2012 and punishable under Section 15(3) and 4 of the same Act.”

The defendants pleaded not guilty.

At the proceedings on Wednesday before Justice Chukwujekwu Aneke, counsel to the EFCC, Rotimi Oyedepo told the court that the prosecution had amended the charge against the defendants.

He asked the court to quash a previous charge made against them and substitute same with a fresh 24 count amended charge.

When the counts were read to the defendants, they all pleaded not guilty.

A Senior Advocate of Nigeria, Bolaji Ayorinde who is representing Ms. Akinjide then made an oral application for the court to allow his client to continue on the existing bail granted to her by the previous court.

The lawyers for the other defendants also made similar requests.

However, EFCC’s prosecutor, Rotimi Oyedepo objected and instead asked the court to impose fresh bail conditions which will secure the attendance of the defendants in court for their trial.

Justice Aneke allowed the defendants to remain on the bail.

He ruled: “I am of the view that bail should not be used as punishment. The Constitution presumes the defendants innocent until otherwise is proven.

“Consequently, I order that the defendants should continue on the existing bail earlier granted them by Justice Muslim Sule Hassan.”

Justice Aneke adjourned until September 30 and October 11 for hearing/trial.

Housewife arrested for faking her own Kidnap

US to spend $25m on education in northern Nigeria