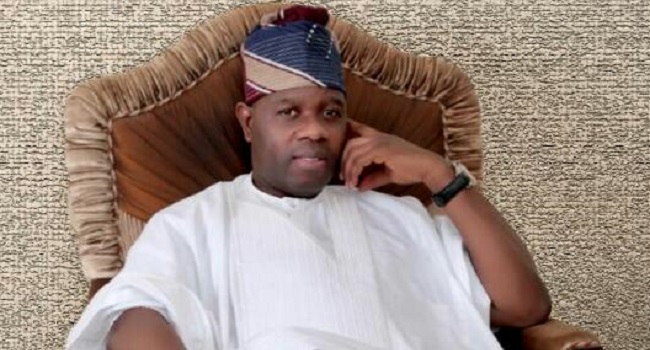 An aide to Senate President Bukola Saraki, Gbenga Makanjuola was re-arraigned on Wednesday by the Economic and Financial Crimes Commission (EFCC) for an alleged fraud of N3.5 billion.

He was re-arraigned before Justice Maureen Onyetenu on 11 counts alongside Kolawole Shittu, Obiorah Amobi and a firm, Melrose General Services Limited.

In the charges, the EFCC alleged that the defendants took possession of N3.5bn, transferred from the Nigeria Governors Forum’s account into an Access Bank Plc account number, 0005892453, operated by Melrose General Services Limited.

He was also accused of making a cash payment of N50million to Mbonu on December 20, 2016 without going through a financial institution.

One of the counts reads:

“That you, Gbenga Makanjuola, sometime in December 2016 in Nigeria, within the jurisdiction of this Honourable Court, did accept cash payment of the sum of $500, 000 from Kolawole Shittu without going through a financial institution.”

The defendants pleaded not guilty after which Justice Onyetenu allowed them to continue on the bail granted them by Justice Kuewumi and adjourned until May 20, 21 and 22 for trial.