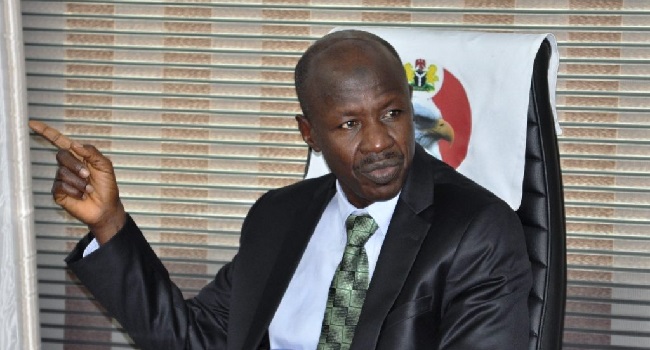 The Economic and Financial Crimes Commission (EFCC) has reacted to reports making the rounds that it is stalling on a petition on an alleged N100bn scam by Alpha Beta.

According to the anti-graft agency, which dismissed reports that it is sitting on the petition which it admitted that it received, the petitioner did not substantiate his claims.

The Acting Head of Media and Publicity, Tony Orilade, while reacting to a newspaper report in a statement on Saturday, said the EFCC it does not work on allegations that are not backed by facts.

The anti-graft agency which noted that findings into the matter are ongoing insisted that preliminary investigation has shown that the petitioner did not substantiate the allegation contained in his petition.

Read also: Many senators are disappointed with their salaries – Uzor Kalu

The EFCC said; “For the records, the Alpha Beta investigation is ongoing and we have nothing to hide over the matter. If the petitioner has any further proof with regards to the petition, our doors are wide open.”

It explained further that “As a tradition, we do not deal on hearsay; we act on facts and raw data. The Commission will not allow anybody to drag its name and reputation into the mud for ill-motive reasons.

“It is erroneous for the newspaper to claim that the Commission did not do anything in respect to the petition for one year. As we continue our investigation, we urge the media to be circumspect, fair and balance in their reportage,” the EFCC added.