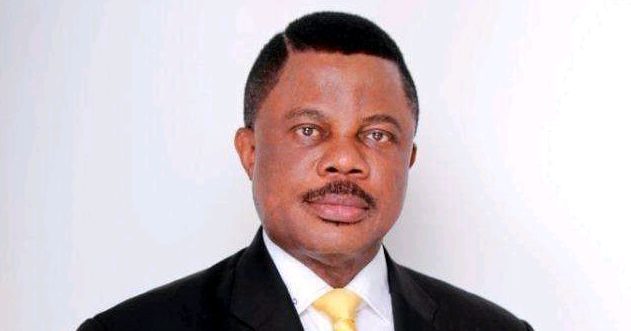 Willie Obiano, the former Governor of Anambra State was on Wednesday night released by the Economic and Financial Crimes Commission (EFCC) after spending six days in their custody.

The former governor had been picked up by the commission at the Murtala Mohammed International Airport, Lagos, on his way to the United States.

This was shortly after the expiration of his tenure last week Thursday, in an apparent ploy to escape inquisition into his administration.

A source close to the matter stated that the EFCC however confiscated his international passport and other travel documents pending the completion of investigations as part of his bail conditions.

Other conditions for his bail, was that Obiano must produce sureties, who must be directors on grade level 17 in the Federal Civil service.

Another condition was for him to produce two senior citizens, who must be landlords in Maitama, Asokoro or Wuse district of Abuja.

Obiano was arrested for the alleged misappropriation of N42 billion belonging to Anambra State.

This was confirmed by Wilson Uwujaren, the EFCC Head of Media and Publicity who said “Obiano was arrested for alleged misappropriation of public funds, including, N5 billion Sure-P and N37 billion security vote which was withdrawn in cash. Part of the funds was also allegedly diverted to finance political activities in the state.”

Also, Prof Charles Soludo, the recently-sworn-in Governor of Anambra State, in an interview, said Obiano left about N300 million in cash, and a debt profile in hundreds of billions of naira as of December 2021.

“In terms of debt I inherited, it runs into hundreds of billions of Naira. In that of cash, we met about 300 million Naira. In fact, let’s not talk about it. Our treasury is funny,” Soludo said.