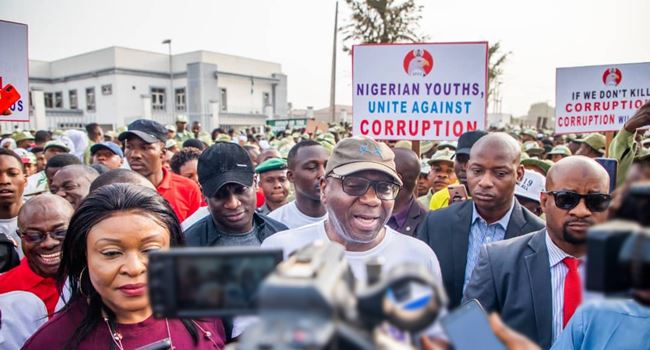 The Economic and Financial Crimes Commission (EFCC) has returned the sum of N200 million it recovered from officials of past administration in Kwara State to the state government.

This is coming after an initial N100 million was returned to the state government in 2019 by the EFCC also from looted funds.

This was disclosed by Abdulrahman Abdulrazaq, the state governor in a tweet on Friday on his Twitter handle @RealAARahman, thanking the EFCC for the gesture and adding that the money will be used in rebuilding the state.

He tweeted: “The @officialEFCC‬⁩ has again invited us to collect another N200m loot that was recovered from some officials of the previous adminstration. We appreciate them.

Read also: Security chiefs must be sacked for not meeting targets —Lawan

“Just like the N100m that was recovered last year and handed to us,this N200m too will go back into rebuilding our state.”

The governor however failed to disclosed which of the officials of former administrations the money was recovered from, neither has there been an official statement from the EFCC in that regard.