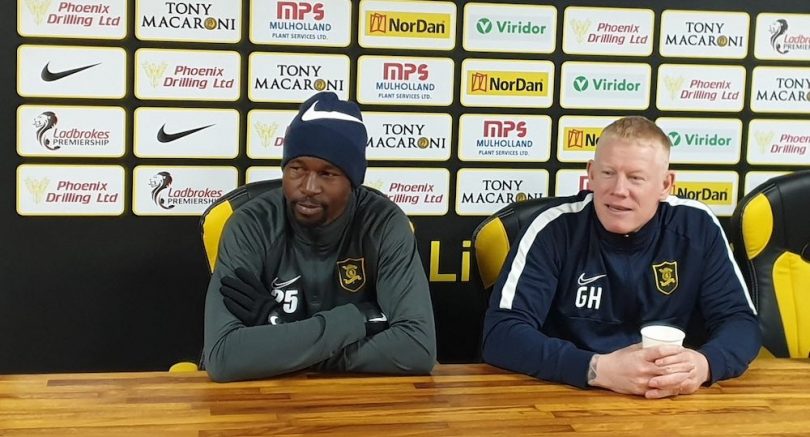 Nigerian defender Efe Ambrose has completed a move to Scottish club Livingston on an 18-month deal, and revealed reasons why he signed.

Ambrose, who won over 50 caps for Nigeria and winning the African Cup of Nations (AFCON) in 2013, has been a Scottish League star, having played for Celtic and Hibernian.

He was unveiled by Livingston on Tuesday, and says the major reason he chose Livingston was that the club showed interest in him first, followed by conviction by a former teammate.

“There was interest in me [while a free agent] but nothing concrete,” the 31-year-old said.

“The only thing I had was St Mirren but Livingston came first and I chose them instead.

“Marv’s (Marvin Bartley’s) word means a lot. If Marv is enjoying being at a club, then there is something special.

“I know the reputation of this club: tough, hard to beat.”

Ambrose made a move to Derby County a year ago, and could not find a regular playing spot. He is however not regretting the move as he learn at the feet of his “hero” Frank Lampard.

“Today I have my chance to play at Livingston and show what I can do again,” he added.

Ambrose will wear the number 25 shirt and would be with the squad for Saturday’s trip to old club, Hibernian.