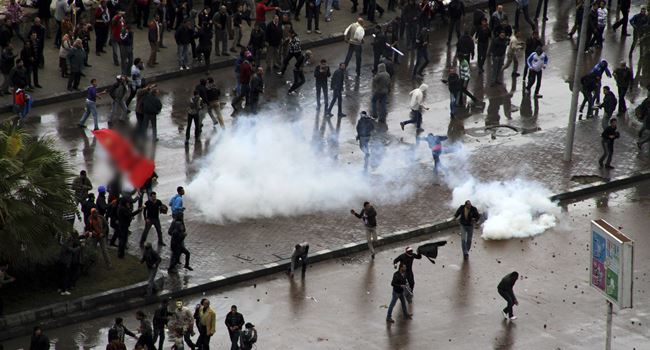 One protester was killed and several others were wounded on Friday in Egypt as thousands of people defied a police crackdown to demonstrate against President Abdel Fattah el-Sisi’s government for the sixth straight day.

According to activists, the rare protests – dubbed by demonstrators as a “Friday of rage” – took place across cities, towns and rural areas in Egypt after noon prayers, including in the capital, Cairo, and the governorates of Giza, Damietta on the Nile Delta and Luxor in southern Egypt.

Sahar Aziz, professor of law at the Rutgers University in the US, said it was important to note the current protests in Egypt were not led by any opposition group.

“They are not organised because the crackdown on any type of collective activity has been very severe. You can’t mobilise on Facebook, you can’t protest – there’s laws against that. They’ve been doing preventive detentions and sometimes kidnappings. So the signal and the message is very clear – if you attempt to mobilise or oppose the government, or vocalise your opposition, then the government will crack down,” she told Al Jazeera.

“The Sisi regime has made it very clear that it has a zero-tolerance policy for opposition and dissent. What we should anticipate more of the same.

“The real question is will Egyptians be willing to face death by going out and protesting? In other words, their lives are so miserable that they will face the real possibility of being killed or imprisoned for life, in order to protest, or will they continue to persevere and suffer under very dire economic conditions,” Aziz added.