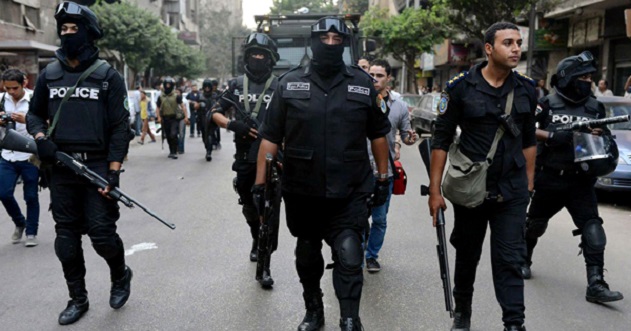 A criminal court in Egypt has sentenced no fewer than six men to death for their involvement in the killing of two policemen; a judicial source was quoted as saying on Wednesday.

The death sentence handed to the six men relates to the murder of two policemen in the northern province of Sharqiya in 2016 where their guns were also stolen after they were both killed.

Five of those sentenced to death were tried in absentia while one appeared in court in Zagazig, the capital of Sharqiya.

They were also alleged to belong to the moderate Islamist Muslim Brotherhood, which was outlawed after President Mohamed Morsi, who hailed from the organisation, was overthrown in 2013.

This came after one protester was killed and several others were wounded in Egypt as thousands of people defied a police crackdown to demonstrate against President Abdel Fattah el-Sisi’s government for the sixth straight day.

According to activists, the rare protests – dubbed by demonstrators as a “Friday of rage” – took place across cities, towns and rural areas in Egypt after noon prayers, including in the capital, Cairo, and the governorates of Giza, Damietta on the Nile Delta and Luxor in southern Egypt.