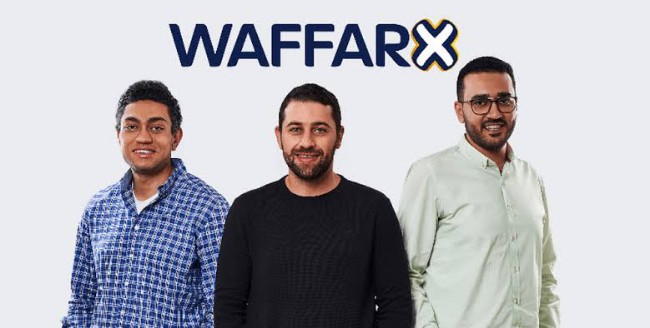 Waffar, an Egyptian cashback marketplace, has raised an undisclosed funding round to help it increase its user base and expand its geographic presence.

The cashback marketplace was founded in 2018 by Ezz Fayek, Mahmoud Montasser and Ahmed Kamal.

WaffarX claims to use cutting-edge technology to distribute cashback rewards, helping shoppers save on every dollar they spend.

Since inception, the startup’s secure channel helps brands provide consumers with cashback rewards, creating deeper loyalty for brands, and allowing customers to monetise their own data.

WaffarX has seen exponential growth, and now has over 260 merchant partners and over 450,000 members.

The new raiser was led by Silicon Valley-based venture capital firm Lobby Capital, and including previous investor A15.

Speaking on the development, Ezz Fayek, co-founder and chief executive officer (CEO) of WaffarX expressed excitement over the new raiser.

He said: “We’re delighted to have completed this latest funding round. The support of an esteemed Silicon Valley firm such as Lobby Capital, and existing investors A15, are a huge endorsement of WaffarX’s business model and strategy.

“We have always been pioneers in our industry and our solutions are a win-win for consumers and brands. This capital raise will help us maintain our market leadership, break new ground in our platform, increase our user base and expand our geographic presence.”

Tech Trivia:
What is the name of Google’s mobile operating system?

VentureFriends, a European early-stage VC, has completed the first closing of its new fund at €90 million, with an aim for a hard cap at €100 million ($112M).

Venture friends launched 2016, and started from Athens but now has offices in London and Warsaw.

The new fund is backed by family offices/HNW, founders and operators, the European Investment Fund and the Hellenic Development Bank of Investments.

The Seed and Series A focus of the fund remains the same. It invests €500,000 to €2.5 million per company but can follow-on up to €10 million. It invests in B2C and B2B startups, including Consumer, PropTech, FinTech, Marketplaces, and SaaS.

Android is a mobile operating system developed by Google. It is used by several smartphones and tablets. Examples include the Sony Xperia, the Samsung Galaxy, and the Google Nexus One.

The Android operating system (OS) is based on the Linux kernel. Unlike Apple’s iOS, Android is open source, meaning developers can modify and customize the OS for each phone. Therefore, different Android-based phones often have different graphical user interfaces GUIs even though they use the same OS.

CcHub launches security command centre. 1 other thing and a trivia

Nigeria’s SendChamp secures $100k to build new products. 2 other things and a trivia