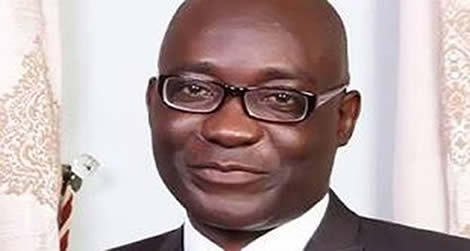 Governor Ayodele Fayose of Ekiti State made good his boast of successfully plotting the course of victory for his deputy in the Peoples Democratic Party (PDP) primary ahead of the 2018 governorship election in Ekiti State.

Kolapo Olusola, Deputy Governor of Ekiti State recorded 1,190 votes in the primary election, defeating his rival, Prince Dayo Adeyeye, a former Minister of State for Works, who scored 770 votes, thereby  securing the ticket of the PDP for the July 14 governorship election.

In the exercise said to be peaceful, voting ended at 5:05pm and the committee chaired by Ifeanyi Okowa, Governor of Delta State, gave the aspirants the opportunity to comment about the poll before collation began.

Both aspirants expressed satisfaction with the exercise.

Reacting to his victory, Olusola thanked Fayose whom he described as his mentor.

He said the PDP would record another “16-0” in July election. Fayose won in all the local government areas of the state in 2014.

Meanwhile, following the violence which marred its primary on Saturday, the All Progressives Congress (APC) fixed another exercise for Friday.

Whoever emerges on Friday will face Olusola in the election.

OONI TO NIGERIAN YOUTHS: Take over this country