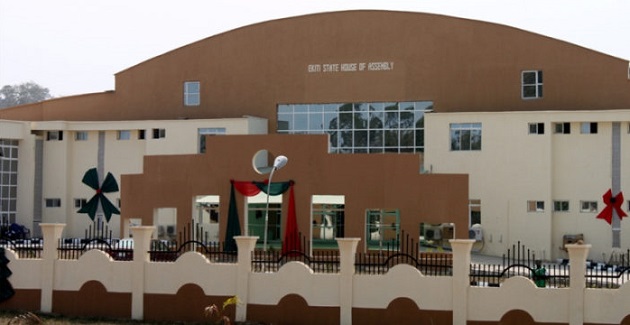 Gboyega Aribisogan has rejected his impeachment as Speaker of the House of Assembly in Ekiti State.

Members of the Ekiti State House of Assembly had on Monday impeached Aribisogan and also suspended him indefinitely from participating in the House’s activities.

The impeachment was effected by 17 out of the 25 members in the House at the first plenary after shutting of the complex last week over controversies.

Members immediately elected Hon. Olubunmi Adelugba to become the first ever female Speaker in the state.

Gboyega, who spoke in a Channels Television Programme, Sunrise Daily, on Tuesday, described his impeachment as unconstitutional.

He slammed his party for plotting an imposition on the majority of members, saying he remains the Speaker until otherwise started.

READ ALSO:Ekiti Assembly gets first female Speaker, as Aribisogan is impeached after one month in office

“We are still in democratic environment. We should look at what we practise in the country. I want to strongly defer with anybody that says I was not duly elected. I still remain the Speaker of the House”, he said.

“It was true that the party wanted to impose a candidate but we went into the election. I won with 15–10 and was duly sworn in, only for the same people to say the election was not in tandem with their choice.

“The floor of the House was there when the election was conducted, free and fair. So whatever the party is saying is not in line with the Constitution. You can’t just go ahead and impose on the people. I remain the Speaker until otherwise proven.”