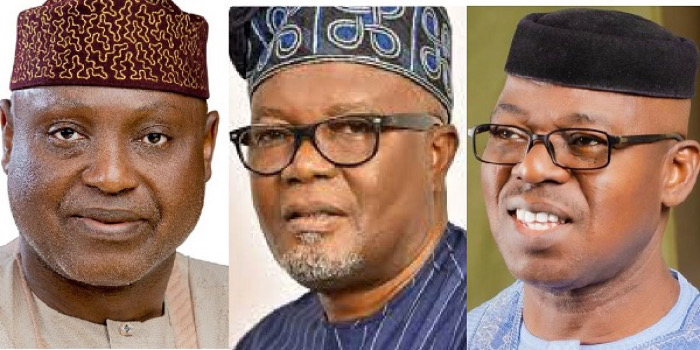 Kolawole made the statements shortly after casting his ballot in his hometown of Efon-Alaaye in the Efon Local Government Area of Ekiti on Saturday.

However, he stated that INEC still had room for growth and that the national election umpire must continue to strive for perfection.

“So far, so good, I have just finished casting my vote, I think INEC’s preparation for this election is commendable.

“However, I will urge INEC to continue to improve,” Kolawole said.

Commenting on the security situation, the PDP flagbearer, said that the town was peaceful at the moment.

According to him, if there was any chaos, the security should be able to nib it in the bud, owing to their presence in large numbers.

“I want to tell you that there are enough security men on the ground to ensure peace, but if there is any chaos, I believe the security should be held responsible,” Kolawole said.

He called on the security men to arrest anybody that planned to foment trouble.

“We are not saying security men should rig the election for anybody, but I want them to do their jobs without favouritism or being partisan,” the governorship candidate said.

Voting has begun in the Ekiti State governorship election as residents file out to cast their votes for a governor of their choice.

The exercise which kicked off at exactly 8:30 am began with accreditation of voters who had begun trooping to the various polling booths as early as 6am.

According to election observers, most of the polling stations in Ado-Ekiti, the state capital have commence voting in earnest under a calm atmosphere due to the heavy presence of security personnel.

An observer who spoke to Ripples Nigeria said the Independent National Electoral Commission (INEC), had done a passable job so far as newly deployed Bimodal Voter Accreditation System (BVAS) machines used to identify registered voters are working perfectly at the stations he visited.

“I can attest that the Bimodal Voter Accreditation System machines are working perfectly at the polling units I have visited so far and INEC is doing a good job so far. Votings have started in many polling units and are going smoothly,” he said.

The governorship elections in Ekiti State holds today, Saturday, June 18, 2022, and as usual, the main contenders are the candidates of the ruling All Progressives Congress (APC), the main opposition Peoples Democratic Party (PDP) and the emerging Social Democratic Party, (SDP).

The APC is fielding the former Secretary to the State Government, Biodun Oyebanji who is backed by Governor Kayode Fayemi and is massively supported by the national body of the party, while former Commissioner for Environment, Olabisi Kolawale, will fly the flag of the PDP.

Former state governor Segun Oni is flying the flag of the SDP after he defected from the PDP and is a very popular candidate who could be the dark horse in the race.

Read also: RipplesMetrics: What to know about past Ekiti Governorship elections, as voters go to poll today

The three candidates may be the leading lights but it will not be a three-horse race as there are other candidates in the race flying the flags of other political parties such as the Young Progressives Party (YPP) with Ranti Ajayi, African Democratic Congress (ADC), Oluwole Oluyede, and the Action Democratic Party (ADP), which has Kemi Elebute Halle, the only female aspirant in the race, as its flag bearer.

As the countdown to the Ekiti elections begin in a few hours, Ripples Nigeria will bring you updates and results as they unfold.