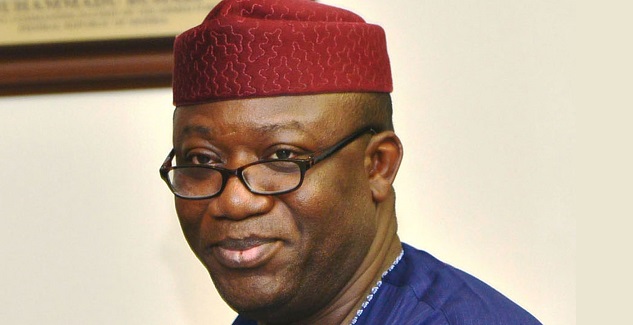 While many are yet to get over the 2019 elections, Governor Kayode Fayemi of Ekiti State has called on members of the Presidential Campaign Organisation, Ekiti State Chapter, and the All Progressives Congress (APC) to ensure total dominance of the party in the state in all future elections.

Fayemi said this on Friday in Ado-Ekiti, during a meeting to appreciate members of the Ekiti State Council of the PMB/PYO Presidential Campaign Organisation and leaders of the party, for the success of the Presidential, National Assembly and State Assembly elections in the state.

He urged that the hard work and unity of purpose that earned the party victory during the just-concluded general elections must be sustained, especially ahead of the 2022 governorship election in the state.

According to him, a successful outing for the APC in the 2022 governorship election in the state would confirm the party’s dominance in Ekiti politics.

READ ALSO: Our travails due to support for Buhari, yet he turned his back on us —Rivers APC chieftain

Fayemi said it would also ensure the continuation of good governance that would put the state firmly on the path of irreversible development.

The governor, who lauded the members of the campaign organisation for their dedication and commitment to the success of the party, said the credit for the peaceful conduct of the election in Ekiti State should go to them.

He said the unity of purpose demonstrated by both the council and the party leaders during the elections made the party record an enviable result.

Fayemi said the next task was to ensure that the influence of the rival Peoples Democratic Party (PDP) was reduced to the barest minimum.

The governor, who also conveyed the appreciation of President Muhammadu Buhari to the members, later presented letters of appreciation to the council members.

Fayemi said: “When we inaugurated the Council, I was very clear the job the council would do in conjunction with the party leadership would produce a report that everyone would be proud of, and that is exactly what the council has done as the results have shown.

“I remember I was with Mr President a couple of days ago, to discuss some challenges facing our state, and as soon as he came into the meeting, the very first thing he said was Mr 100 per cent.

“That credit really goes to the work that we all did, and I think it leads to what happens when we have unity of purpose.

“We all started on this journey from different points, but ultimately, we came together, we decided that we needed to give the election all the attention it deserved, and everybody pulled in their weight to ensure that we succeeded.

“However, the outcome of the election tells us some things, that we cannot be complacent about this issue.

“We still have to work to completely crush the PDP in all our local government areas and state to a point where they are a minute fold rather than a sizeable number that can threaten the consolidation of our gains in the course of next couple of elections.

“The only way to guarantee this effort you have all put in this election is to ensure that the 2022 governorship election in Ekiti goes to APC.

“That’s the message we have to take from this exercise, we would put in every effort to ensure that this happens.”