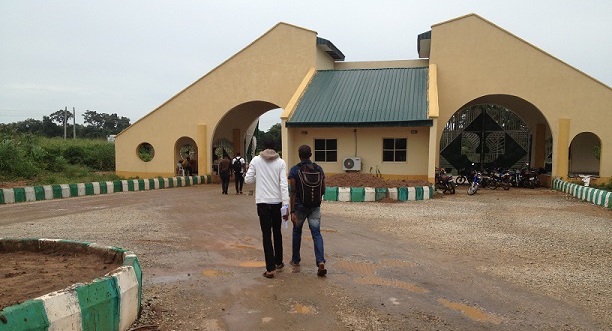 Authorities of the Federal University, Oye Ekiti (FUOYE) have ordered the closure of the institution and the immediate proscription of the students’ union government over the attack on the convoy of the First Lady of Ekiti State, Mrs Bisi Fayemi.

The indefinite closure of FUOYE was made known in a statement issued by the Vice-Chancellor of the university, Prof. Kayode Soremekun, on Wednesday.

Soremekun in the statement, said, “We hereby announce the immediate and indefinite closure of the university to forestall further breakdown of law and order.

“In the same vein, the students’ union of the institution is disbanded indefinitely.

“Following this closure, the students population are hereby ordered to vacate the university premises no later than 10 am tomorrow 11th September 2019.

“Further developments will be communicated in due course,” he added.

Mrs Fayemi narrowly escaped a physical attack when suspected hoodlums on Tuesday afternoon, hijacked a protest by students of FUOYE.

The Ekiti State governor’s wife was returning from a tour of the 16 Local Government Areas of the state on an empowerment programme, when her convoy ran into the irate hoodlums.

According to reports, the hoodlums engaged the security details of Fayemi’s wife in a violent clash and allegedly vandalised vehicles in her convoy.

However, Mrs Fayemi narrowly escaped a physical attack by the whiskers when she was taken away to safety by armed security men in the middle of the ensuing chaos.