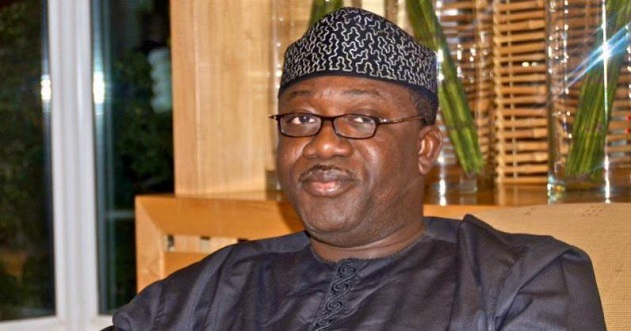 The state Taskforce on Covid-19 headed by Governor Kayode Fayemi said a 38-year-old native of the state had tested positive for the disease.

The Minister of Health, Dr. Osagie Ehanire, had earlier on Wednesday confirmed that Nigeria had recorded five fresh cases of COVID-19.

The Ekiti Taskforce said in a statement signed by the state Commissioner for Health and Human Services, Dr. Mojisola Yaya Kolade, that the confirmed case is suspected to have been infected while driving an American Caucasian, who visited Nigeria from Richmond, Virginia, the United States in the company of his caregiver, a Nigerian woman from the state.

The American and his Nigerian caregiver arrived in Nigeria on March 3 through the Muritala Mohammed International Airport in Lagos.

The statement read: “Preliminary investigations revealed that the pair were driven by our confirmed case to Ibadan, where they stayed for two weeks and arrived Ado Ekiti, Ekiti State on March 13, 2020.

“A day after their arrival, the American male fell ill and he was taken to a private hospital where he was referred to a tertiary hospital. Unfortunately, he died from complications of his illness.

“In line with the Nigeria Center for Disease Control (NCDC) protocols, the Ekiti State Taskforce on Covid-19 has already quarantined the confirmed case on admission in the State Isolation Centre, while the caregiver who tested negative, is presently under observation in self-isolation.

“We have commenced the process of contact tracing, working with the Federal Ministry of Health and the World Health Organization (WHO) following the team’s itinerary since they landed in Nigeria on the 3rd of March 2020.

“We have also contacted the Oyo State Government since it was recorded that they stayed in Ibadan for two weeks before arriving at Ekiti State.”

Related Topics:coronavirusEkiti govt
Up Next