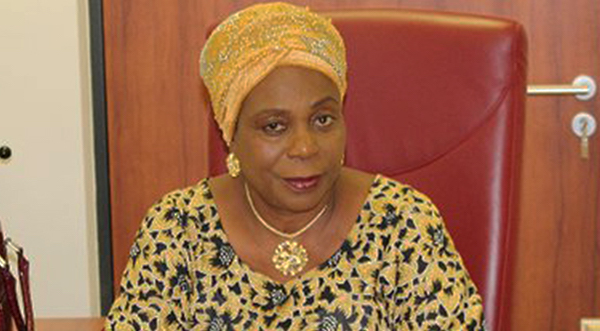 The Senator representing Ekiti South Senatorial District, Chief Biodun Olujimi, has dropped out of the primaries being organised by the Peoples Democratic Party (PDP) to elect the governorship candidate for the upcoming elections.

Olujimi made this call on Wednesday during a media parley in Ado-Ekiti, citing irregularities during the process of accrediting the delegates, and gender discrimination.

The lawmaker had hoped to be the first female governor of the state, noting that the electoral team led by Governor Udom Emmanuel of Akwa-Ibom State was expressly prejudiced against her candidacy.

Olujimi said, “I pulled out because every other aspirant has full compliments of delegates from their local government. It pleased the party to give me only 12 automatic delegates in mine.

“And in the second local government, they gave me only ten delegates. How do you go from your home with a broken hoe and then, you are going to ask the people to give their own to you to till the ground?

“I feel maybe it is because of my gender or maybe the party feels I have not done enough for it. That is why they would have done that to me.

“So, when they’ve done that to me, it didn’t make sense to continue with the process.

“What happened was that for two years, we’ve been fighting over an illegal congress and somehow, a few weeks ago, they approved it for one group.

“There have been two groups that have been fighting. And we said there was no congress because it was hijacked. Two weeks ago, the party approved that one group should take all the fourteen executives, and those of us that had been fighting should wait.”