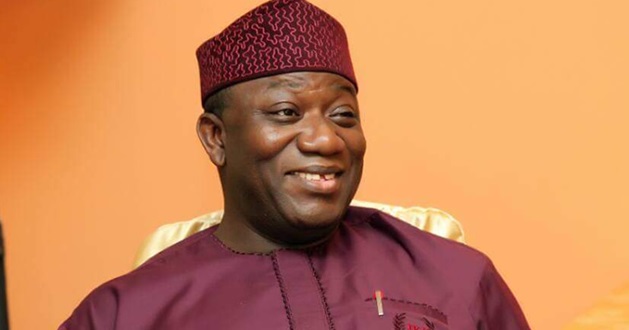 The Independent National Electoral Commission on Sunday declared candidate of the All Progressives Congress (APC) Kayode Fayemi as the winner of the Ekiti State governorship election held on Saturday.

INEC has officially announced results of the 16 local governments, but is still doing the final collation.

Making the formal declaration, the Chief Returning Officer, Prof. Idowu Olayinka, declared, “That John OluKayode Fayemi of APC having fulfilled requirements of the law and got the highest votes is the winner and is returned elected”.

Bellow are the results as announced by INEC:

The Saturday election had witnessed a large turnout of voters and early arrival of the ad hoc staff and supervisors of the Independent National Electoral Commission (INEC) at polling units.

While electoral materials arrived early and voters to a large extent conducted themselves well during accreditation process, there were however ugly incidences of ballot box snatching in some polling units and allegations of vote-buying involving the two major political parties, APC and the PDP.

A number of voters had claimed that the APC was offering N5,000 to voters to vote for the party while the PDP offered N3,000. 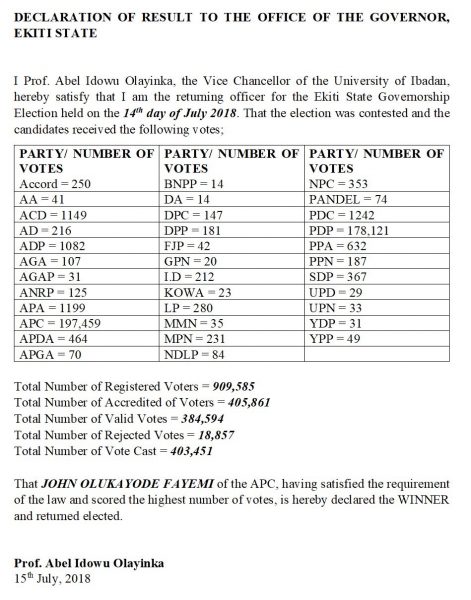