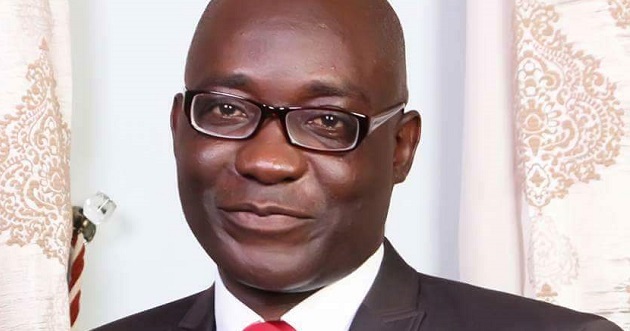 The immediate past deputy governor of Ekiti and the Peoples Democratic Party (PDP) governorship candidate in the year’s election in the state, Professor Kolapo Olusola has condemned the killing of a member of the party, Dotun Kosedake in Ikere Ekiti today.

Olusola said it was appalling that the ruling All Progressives Congress (APC) “could unleash gun-wielding-thugs on the people of the state just because of predetermined local council elections.”

Aside Kosedake who was reportedly shot dead during the poll, Ayeni Olumide (Salvation), Ayeni Gbenga (Special) and Abiodun Bukola were also allegedly shot and said to be in critical conditions at the Ekiti State University Teaching Hospital, Ado Ekiti.

The former deputy governor, who was at the Teaching Hospital to visit the three injured persons on behalf of former Governor Ayodele Fayose, called on security agencies in the state to bring the culprits to justice.

During the visit, he donated a sum of N60,000 to assist in the payment of their hospital bills and promised to keep in constant touch with them.

A former member of the State House of Assembly, Samuel Omotoso, who was also at the hospital called for prayers for the three survivors.

He said from the X-Ray, there were bullets lodged in the forehead of the female victim as well as the abdomen of one of the male victims.

He decried the shooting of innocent citizens at close range on the day of an election leading to a loss of life and multiple injuries on others.

Violence was said to have erupted at a polling unit at Okitiko area along Ikere Ekiti during the Ekiti State local government elections on Saturday, leaving a yet to be identified man dead and about four persons injured following gunshots.

Eyes witnesses said trouble started when a group of hoodlums, who invaded the polling unit with the intention to snatch the ballot boxes from the officials of the State Independent Electoral Commission were resisted.

Gunshots from the invading hoodlums forced electoral officers and others to flee for their lives.

Related Topics:ekitiKolapo Olusola
Up Next