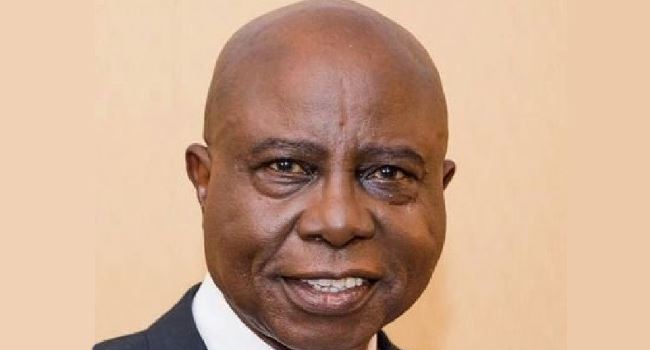 Security agencies and State Council of Traditional Rulers in Ekiti State on Thursday engaged in a parley to put an end to the insecurity challenges in the state.

Ekitit State has recently experienced a number of security challenges such as kidnapping and herdsmen attacks among others.

The Deputy Governor of the state, Otunba Bisi Egbeyemi, who represented Governor Kayode Fayemi  presided over the meeting that was attended by several stakeholders in the state.

In a statement signed by Special Assistant (Media) to the Deputy Governor, Odunayo Ogunmola, on Thursday, it was revealed that the meeting was a follow-up to the earlier one held by Governor Fayemi two weeks ago with security chiefs and traditional rulers of towns sharing boundaries with neighbouring states.

The meeting which took several hours, was attended by the Secretary to the State Government, Mr. Biodun Oyebanji; the Head of Service, Mr. Ayodeji Ajayi; the Chief of Staff, Mr. Biodun Omoleye and the Special Adviser on Security Matters, Brig.-Gen. Ebenezer Ogundana (retd), the chairman, Council of Traditional Rulers and the Oloye of Oye-Ekiti, Oba Oluwole Ademolaju.

Others at the meeting were heads of the state Commands of the Nigeria Police, Department of State Services, Nigeria Security and Civil Defence Corps, Nigeria Immigration Service, Nigeria Prisons Service and Federal Road Safety Corps. The meeting reviewed the security situation of the state and ways to develop a synergy to make the state safe for residents, visitors and investments.

While speaking at the meeting, Oba Ademolaju maintained that “We are partnering with the government in mobilising our people to actually safeguard the safety of the whole state. We are partnering with the Police and all security agencies to make sure that we secure the state for the benefit of our people. We had held a meeting earlier with the government which involved people coming from various places and we shared experiences in our communities and another meeting was held where we shared our experiences in our local government areas.

“But at the meeting, we aggregated all our discussions and we have raised a sub-committee that will have an interface with the government on what to do to ensure adequate security and rest of mind for our people in our communities.”

The monarch, advised the residents of the state to be more security-conscious and be vigilant to strangers in their vicinities and should always assist security agencies with the needed information.