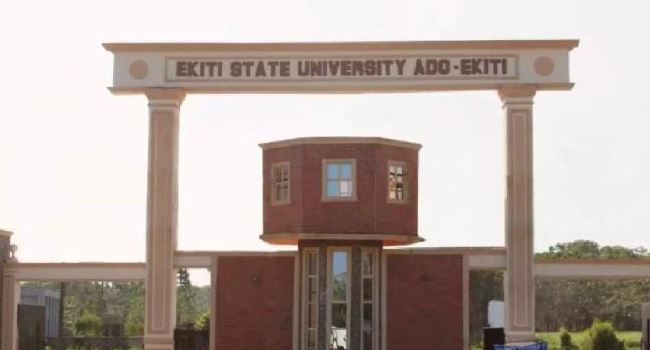 The Governing Council of Ekiti State University, Ado Ekiti, has proscribed the Academic Staff Union of Universities (ASUU) and three other unions over protests in the institution.

The council also announced the immediate closure of the university and ordered students to vacate the campus immediately.

READ ALSO:Protest in Ekiti Varsity over arrest of students by EFCC

The university’s Head, Directorate of Information, Bode Olofinmuagun, who disclosed this in a statement titled: “Closure of the university,” on Saturday, said the other affected unions are the Senior Staff Association of Nigerian Universities (SSANU), Non-Academic Staff Union of Education and Associated Institutions (NASU) and National Association of Academic Technologists (NAAT).

He said the decision followed the continuous disruption of lawful activities on campus in the last one week.

Olofinmuagun said: “To guarantee peace and orderliness on campus, all the four unions are hereby proscribed with immediate effect.”

Related Topics:ASUUEkiti varsity
Up Next