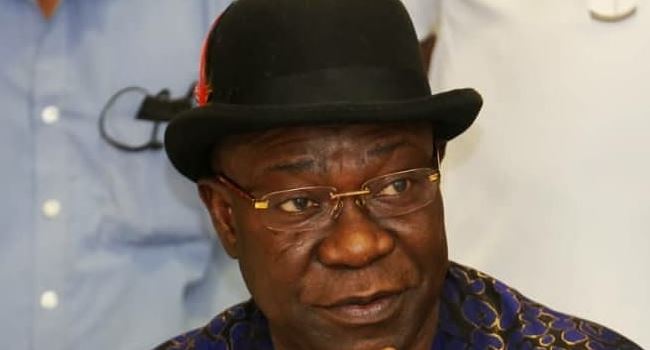 A former Deputy Senate President, Ike Ekweremadu, has advocated the creation of an additional state in the South-East in order to redress the alleged current imbalance in the country’s geopolitics.

Ekweremadu made this call during a Channels TV programme ‘Open Square’ which aired on Saturday.

According to him, the creation of an extra state will ensure a fairer distribution of resources and appointments across the various zones.

“The number is lopsided because of the way the states were created. Right now, South East has just five states while others have seven and six. With the Senate of three senators per state, we have just 15, some have 18 and some have 21.

“When it comes to voting, even in terms of resources distribution, we are short-changed. If you go to the House of Representatives, it is a similar thing. I believe that the fair thing to do is for the country to agree for us to have an extra state for the South East so that it will enable us to match with the rest of the country in terms of opportunity at the National Assembly,” Ekweremadu noted.

The South East and North West have five and seven states respectively, while the North East, North Central, South West, and South-South all have six states each.

Furthermore, the lawmaker decried the alleged neglect of the South-East region in terms of infrastructural development.

“For you to return to the Assembly, you need to ensure that you will take seriously matters that concern them (the constituents). Most times, they don’t conflict (national and constituency interests).

“If they do conflict, definitely you have to side the people who you are representing because without the you won’t be where you are. Say you want to construct a rail line from Lagos to Kano which is of national interest anyway because that is a good corridor, but you are not seeing anything happening in the eastern corridor – between Port Harcourt and Maiduguri, there is a conflict.

“Naturally, I will speak for my people and say if you are spending money on the western corridor, you should also spend on the eastern corridor; if you don’t have money for both of them, then you have to wait.

“Those are very rare times when we have those kinds of issues and that is why we need equity, we need justice, we need fairness for you to have a country that you can say is democratic,” he added.

Related Topics:EkweremaduNigeriasouth east
Up Next