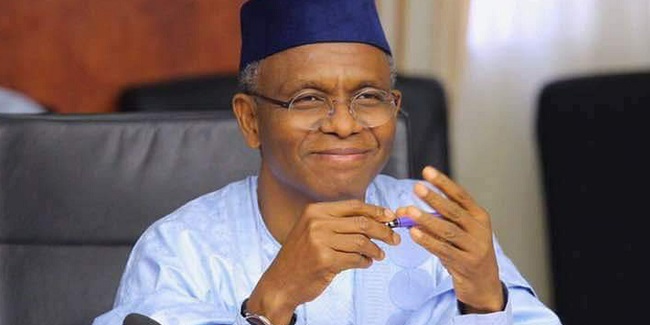 Malam Nasir El-Rufai, the governor of Kaduna State, recently, while speaking on Nigeria Television Authority – NTA – Tuesday Live – a late-night interactive programme, anchored by a seasoned and renowned broadcaster, Cyril Stober – stated emphatically and unequivocally that “those that are calling for anyone to come and intervene in Nigeria, we are waiting for the person that would come and intervene. They would go back in body bags”. His statement came as a result of the statement issued by the European Union – EU – the United States of America and the United Kingdom calling for the campaigns and elections to be conducted in a free, fair, credible and peaceful atmosphere.

El-Rufai’s statement has ignited and generated wild condemnation, criticisms and counter-criticisms. It has initiated a chain of discussions and analyses running into diverse conclusions, implications and interpretations. The statement has put all eyes on El-Rufai and added flesh to the claims by the opposition Peoples Democratic Party – PDP – that the ruling All Progressives Congress – APC – are desperate and turbulently eager to win the forthcoming February 16th presidential election.

Based on the premise that the Kaduna State governor made this statement on NTA – Africa’s biggest television network – and on a programme – Tuesday Live – where serious national issues are brought on the table and dissected by well-experienced and resource persons – who are fitting and are in the best position to discuss nagging national issues, made it gather enough weight. More so, E-Rufai is the governor of Kaduna State – a state which prides as the capital of northern Nigeria – and a member of the APC, also made eyebrows to get raised; rather suspiciously. Thus, the great attention that greeted it.

For clarification and elucidation sake, body bags are used to convey corpses. According to Wikipedia, a body bag, also known as a cadaver pouch or Human Remains Pouch (HRP), is a non-porous bag designed to contain a human body, used for the storage and transportation of corpses. Body bags can also be used for the storage of corpses within morgues. Therefore, looking at El-Rufai’s statement, even a semi-illiterate would understand that he meant that those who are coming to intervene in terms of election observers would go back in body bags.

There is no mistake, the governor’s statement reeks of violence, destruction, uproar and death. The polity has been so heated ever since he made that statement. Bearing in mind that this statement has an international colouration makes it a tight one. The European Union Election Observation Mission – EO EOM – though they have declared that they are undeterred in carrying out their duties, the declaration and/or threat of El-Rufai is most unexpected of a governor of his caliber and administrative experience and exposure.

May be, El-Rufai needs to be reminded that his statement has the capacity of making him an enemy of the international community.
A cold chill ran up my spine when I learnt that the presidency released a statement in defense of El-Rufai’s declaration. The statement was released by the Senior Special Assistant to President Muhammadu Buhari, Garba Shehu, it reads, “we have taken note of the clarification to a reported earlier statement by the Governor of Kaduna State, Nasir El-Rufai concerning opposition call for foreign interference in our domestic affairs and to say that latest statement by him should rest the issue for good. There is nothing more to sneeze at.

“The Governor spoke strongly in defense of national interest. It is clear that El-Rufai, our party the APC and all its candidates have reposed their faith in democracy through general elections. They are all of the view that there is no place for violence against local people or foreign citizens in our midst. Opposition PDP ought to own up to the mistakes of their own policies for 16 years which have led the country to a sorry pass that has cost lives, jobs and growth instead of dwelling on diversionary issues.
“The federal government under President Muhammadu Buhari will cooperate with election observers and will not let the international community down in the conduct of the coming elections. The Presidency assures Nigerians and the international community that the Presidency will do everything within his power to ensure free, fair and credible elections in the country”, he said.

It is still fresh in the minds of right thinking Nigerians that while former President Goodluck Jonathan was contesting for his reelection in 2015, he averred “never, ever expect a Nigerian to spill a drop of his blood because Goodluck Jonathan has some ambitions. Nigerians should always preach peace and unity in their engagements. This is the only way the country will achieve greatness. I always say as a politician that I pray all politicians should know that there will be no nation if we kill ourselves. If you want people to come out and vote, why do you threaten them? If you threaten people, they will stay in their houses and how will you win election”.

This is the sort of spirit – peace – that notable people like El-Rufai should engender, not that of body bags – which reeks of nothing but death. The post-presidential-election violence of April 2011 which left as much as 800 people dead, cannot be forgotten in a hurry. According to reports, the killings – occurred in three days of rioting – in 12 northern states: Kano, Adamawa, Kaduna, Katsina, Gombe, Jigawa, Zamfara, Sokoto, Borno, Yobe, Niger and Bauchi. The wanton killings and destruction of property was sparked off by the widespread protests by supporters of the then opposition candidate, Muhammadu Buhari, who contested under the defunct Congress for Progressive Change – CPC – following the victory of Goodluck Jonathan of the PDP. The wounds of this mayhem are yet to heal. And a repeat of anything that looks like it should be averted – in all fronts.

As El-Rufai’s statement rages, his spokesman, Samuel Aruwan, issued a statement in defense of his principal. Thus, “when Malam Nasir El-Rufai appeared on NTA’s Tuesday Night Live, he made comments every patriot can understand. He stood up for Nigeria’s dignity in the wake of those who would traduce their country and reduce it to the status of a colony in their vain quest for power. The video of his comments is in circulation. Any fair-minded person with modest familiarity with the English language and unimpaired comprehension can understand it. It does not contain any call for violence. What it is, is a powerful defense of sovereignty. Are some sections of our political class implying that they will acquiesce in or collaborate with foreign intervention in our country?”

I believe strongly that Aruwan is merely doing his job – defending his principal. It could be recalled that this is not the first time the Kaduna governor will make provocative and violence related statement. His 15th July 2012 Tweet where he posted “we will write this for all to read. Anyone, soldier or not that kills the Fulani takes a loan repayable one day no matter how long it takes”, is a clear confirmation. El-Rufai should burn his body bags. They are needless and unwanted.

El-Rufai, ‘body-bags’ for foreigners, but mass graves for locals?