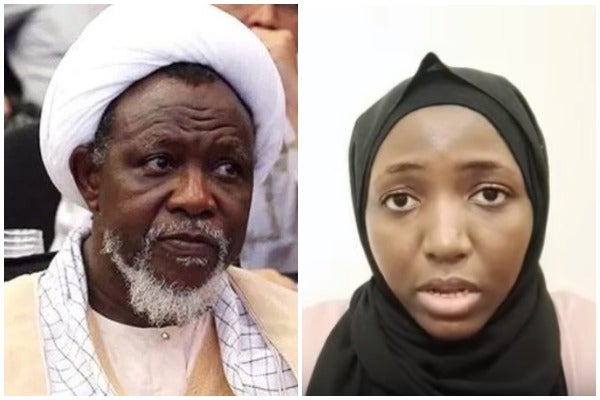 Suhaila Zakzaky, the daughter of the detained leader of the Islamic Movement of Nigeria, Ibraheem El-Zakzaky, has gone against the decision of the Leadership of the IMN to suspend public protests to press home the release of their leader.

Suhaila called for continued protests to press for the release of her father and mother, Zeenat, disowning the statement issued by the group’s spokesman, Ibrahim Musa, that they would suspend the protests following the proscription of the sect by the Federal Government through a court order.

Read also: There is an urgent need to rebuild Nigeria’s reputation – NIPR

It would be recalled tha Musa had on Wednesday said the group would challenge the court order banning the IMN, adding that the sect would suspend its protests.

Suhaila, however, in videos shared on her Facebook page on Thursday, said the protests would continue until El-Zakzaky was released.

“This person (Musa) has nothing to do with the people organising this protests that have been going on in Abuja and are still going on and will continue to go on till El-Zakzaky is freed.”

NNPC makes case for oil and and gas industry legislations

In my first term, my govt lifted 5m Nigerians out of extreme poverty— Buhari