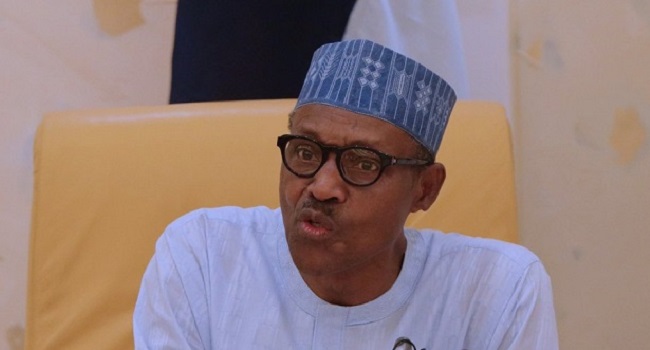 Several members of the Islamic Movement of Nigeria, who are known as Shiites, barricaded the roads around the National Mosque, Abuja, while requesting the release of their leader, Ibrahim El-Zakzaky, and his wife, Zeenah.

El-Zakzaky and his wife has been in detention since 2015.

President Muhammadu Buhari was in the mosque to observe the Juma’at prayer, as part of activities for the coming May 29 inauguration.

It was gathered that the protest commenced around 1pm and continued till 2pm when the two rakat Juma’at prayers were called.

Operatives of Police and soldiers from the Guards Brigade, however, deterred the Shiites from having access to the mosques.

Meanwhile, when prayers were being offered for the president and the country in the mosque, some members of IMN were chanting Allahu Akbar.

The President later left around 3pm under heavy guard by armed military men.

Buhari usually observed his prayers at the Presidential Villa Mosque, but came to the National Mosque as part of the Wednesday inauguration activities.

Speaking with journalists on the development, a spokesman for the Academic Forum of the IMN, Abdullahi Musa, said the group are not ready to halt their protest not until their leader is released from detention.

He said, “We are still here and if you like, you can come and kill us, we are ready to die. We have been killed, we have been oppressed and we have every right to challenge the oppressors.’’

The FCT Police Spokesman, DSP Anjuguri Manzah, said, “I don’t have the details at the moment. I will call back.”

But he had yet to get back as of press time.