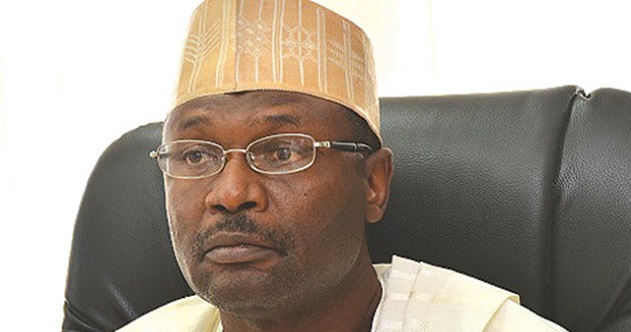 The sudden postponement of the 2019 general elections by the Independent National Electoral Commission, INEC, came to Nigerians as a very rude shock and triggered justified anger against INEC and the APC which many Nigerians accuse of being the invisible hand behind the postponement following fears that Nigerians were ready and eager to vote them out at the polls. They therefore opted to use their advantage as the party in power to further inflict needless and avoidable hardship on Nigerians, hardship that has become their signature project for the past four years.

Just like the thief in the Bible that went to sow tares among wheat while men slept, INEC chose the unholy hours of the night to make such an announcement that has further battered the psyche and some remaining surviving businesses in Nigeria.

This is a new low, not only for INEC but also for Nigeria and especially the federal government which has driven the values of our institutions and symbols to infamy. Under this administration, our anti-corruption index has fallen, the rating of our police by international institutions has fallen to its lowest, our naira has crashed, employment rate is nearing zero, our educational system is comatose, there is insecurity in the land as has never been seen before in our nation apart from the time of the civil war, the unity of the nation has been grossly undermined by government officials including the president himself.

The biting hardship is getting worse by the day and the suffering of the people has reached an alarming high. The cry of the murdered innocents keep crying for justice to no avail, the lamentations of the oppressed is left unaddressed. Injustice is the order of the day as government carries on like feudal chiefs ruling over their helpless serfs.

Businesses have closed down in droves, millions have lost their jobs and the poverty rate in Nigeria is so high that the nation was adjudged the poverty capital of the world. What this means is that even countries that have been experiencing protracted wars are doing better than Nigeria despite their intractable armed conflict, leaving a lot of Nigerians bewildered to ask, how did we get here?

In 2015, Buhari rode on his framed popularity to power, carrying with him the ego of a demi-god who had the support of millions of worshippers. He bestrode our land like a colossus who cannot do wrong and who must not be criticized. He was called the “messiah” who had come to save his people. Everywhere he went, the chants of “Sai Buhari”, “Sai Baba” rent the air to the extent that even eagles scampered for safety because of the tumultuous noise rising to the sky by people from across all ages and status who waved at him in frenzy. But just after 3 years, the frenzy has since died away. Even those who “trekked” distant places in triumphant celebration for him have since undone their treks.

The handwriting is written clearly on the wall. The signals are very clear that the people have become tired of the half-truths and outright sophistry with which the current administration is ruling them. They therefore resolved that they needed to get Nigeria working again, the country needed to be revived or we all go down into oblivion with it. The resolve has since taken firm root across the country: from the north to the east, the west and the south; from the Fulani, Ijaw, Igbo, Yoruba, Hausa, Kanuri, Itsekiri, Junkun, Tiv etc, the people were ready to take their future into their own hands.

Many had to travel from far and wide to cast their votes. They expended scarce resources for this most important venture. They did it with enthusiasm knowing full well that they have a great role to play in the emancipation of our country and the restoration of its people to the path of prosperity and progress. Then suddenly, like a thunderbolt, INEC announced postponement of the election on the same day it was billed to hold.

Looking at the face of the INEC Chairman while announcing the postponement, one can rightly deduce that he was in pain. He could not say “no” to the forces that dictated the postponement to him. He lacked the courage to expose and resist them and insist on going on with the election.

At least, Nigerians would have known the anti-democratic forces working to continue to subjugate us to a failed system they brought upon us. Prof Mahmood Yakubu succumbed and or worked with such forces to deny the people their opportunity to have their immediate pound of flesh on these set of leaders through the ballot.

Although the sudden postponement came at great cost to both individuals and the nation, instead of serving as a demoralising factor, the anger arising from it should rather inspire the people to ensure they vote next Saturday or any other date INEC might want to fix for it thereafter. Those who have travelled for the purpose of the election must either remain in their localities of voting or return there next week to vote. The inconveniences and discomforts we suffer today and the next few days until the election will be nothing compared to the hell we would be further subjected to for another four years if we do not exercise that right to vote for a better Nigeria because we are unsettled for the next few days in time, efforts and resources.

We must not be overwhelmed by the shenanigans of those who have even gone as far as threatening international observers with death. We must not succumb to the antics of political jackals ready to do anything to discourage and dissuade the people from exercising their rights to vote. We must prove that we are stronger than our oppressors and that our will to kick them out is stronger than theirs to remain in power, now more than ever.