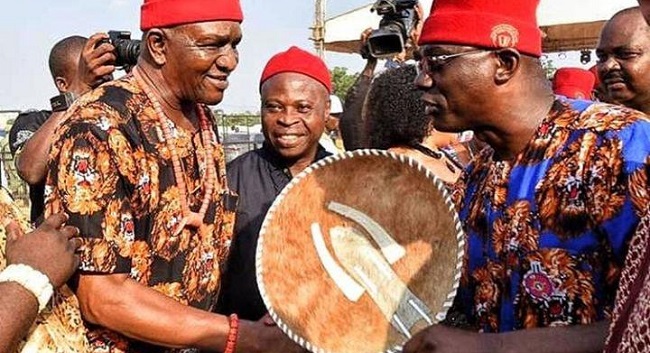 Amidst apprehension of intimidation of Igbos in Lagos State, the governorship candidate of the All Progressives Congress (APC) in the state, Babajide Sanwo-Olu has met with the leadership of Ndigbo in the state.

The delegation addressed the Igbo traders at Computer village in Ikeja where Sanwo-Olu bemoaned the violence that greeted last Saturday’s elections at Ago Palace Way.

The governor assured them of running an inclusive government if elected into office in the March 9 governorship and State House of Assembly elections.

He also said, “I believe in one Lagos and my plan for Lagos is to build a healthier, safer, prosperous and more empathetic Lagos.

“In Lagos, we will continue to rise above the expectations of divisive forces”.

The leader of Ndigbo in the village, Tony Nwankeze urged the governorship candidate to implement policies that would boost ease of doing business in the state.