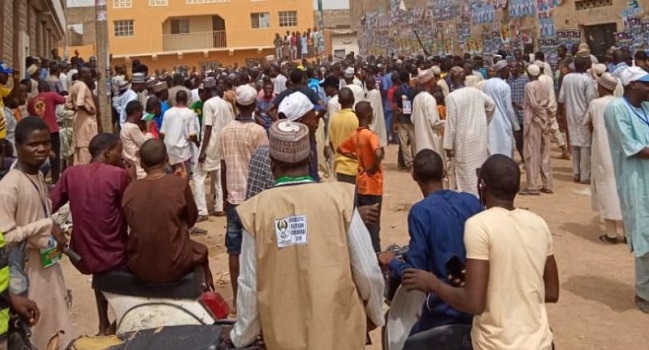 Some journalists on election duty during the supplementary polls in Kano State escaped being lynched by a mob on Saturday.

The incident happened at Suntulma Primary School in Gama ward of Nasarawa Local Government Area of the state, where angry thugs chased the newsmen for daring to cover happenings around the ward.

The newsmen had made efforts to interview some voters who were denied access to a polling unit in the ward. The act caught the attention of the thugs who chased them out of the place.

The newsmen took to their heels, and some reportedly fell to the ground several times. While some lost their valuables, others had their clothes torn.

One of them, name not mentioned, was said to have run into a mosque to escape the wrath of the angry thugs.