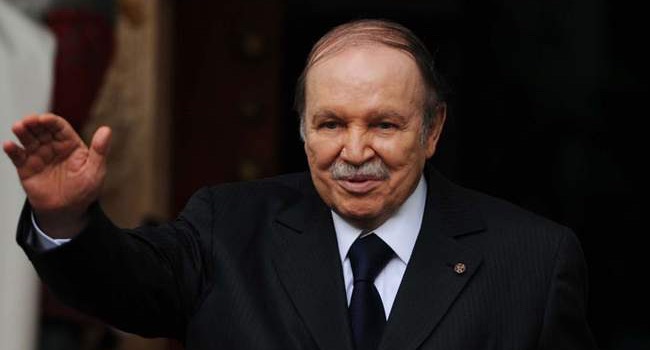 Algerians who took to the streets to protest against President Abdelaziz Bouteflika’s bid to run for a fifth term jubilated over his withdrawal from elections but insisted he must finally step down.

The president’s decision to withdraw from the election was celebrated on Monday night as hundreds of people gathered to celebrate at Algiers’ Audin Square, according to witnesses.

The ailing president, 82, made the unexpected decision in a letter to the Algerian people which was released a day after returning from a two-week stay at Geneva University Hospital for routine medical tests.

The letter reads in part:

“There will be no fifth term. There was never any question of it for me. Given my state of health and age, my last duty towards the Algerian people was always contributing to the foundation of a new Republic.” He added that the presidential elections slated for April 18 will be postponed till further notice.

Meanwhile, former minister of foreign affairs and Bouteflika’s close assistant Ramtane Lamamra was named deputy prime minister, a position that was created on Monday by presidential decree while Prime Minister Ahmed Ouyahia was replaced by Nourredine Bedoui, a member of Bouteflika’s inner circle who has served as interior minister since 2015.

These came in shortly after Boutflika made his announcement.