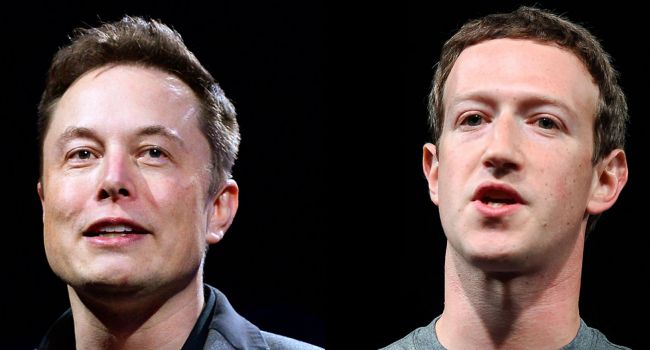 It was gathered that the top five social media billionaires are worth almost half a trillion dollars, about $465.9 billion to be exact, however, only Musk and Zuckerberg, crossed the $100 billion mark, according to data collated by Ripples Nigeria.

Zuckerberg started the year on the list of the richest social media owner. However, he fell to the second spot, behind Musk, the wealthiest man on earth, whose networth is $282 billion as of April 7, 2022.

Ripples Nigeria recalls that Musk purchased 9.2% in Twitter, which has a market valuation of $38.45 billion, to add the social media firm to his investment portfolio, which includes automotive business, Tesla, and Space company, SpaceX.

Zuckerberg, ranked second, is worth $79.6 billion, drawing his wealth from Facebook, Instagram, WhatsApp, and virtual reality business. The 15th richest man, according to Forbes, is also planning to add digital currency to his portfolio.

Although, Zuckerberg’s firm, now known as Meta Platform (Facebook), is worth $606.86 billion, according to Thursday’s trading, making it the world’s most valuable social network.

The third spot was taken by TikTok founder, Zhang Yiming, who is an Internet entrepreneur from China. The 39-year-old’s total fortune is estimated at $49.5 billion, sitting on the 26th spot.

Yiming’s Bytedance created TikTok in 2015, and it has a market valuation of about $250 billion according to Forbes report in 2021. The billionaire also owns news aggregator, Toutiao.

The 50-year-old businessman is ranked 33rd on Forbes world’s richest, with a networth estimated at $39.7 billion, which he gross from Tencent, carmaker Tesla, streaming service Spotify, and Snapchat.

Pavel Durov is the founder of Telegram, and the Russian billionaire is worth $15.1 billion, ranking 130th in the world – thanks to the over 600 million users connecting on the social app.

Durov and Telegram were both based in Russia before he relocated to become a French citizen and based his business in Dubai, following his refusal to share users’ information with Russian secret service.