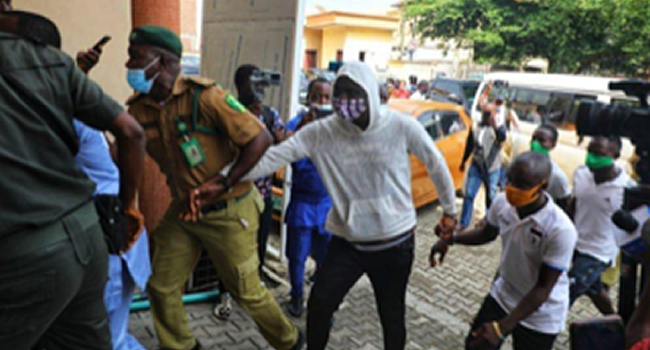 Delivering a ruling on his bail application on Thursday afternoon, the presiding judge, Justice Oluwatoyin Taiwo, ordered that the actor be released on bail while the trial continues.

The judge ruled that the actor must provide the amount alongside two sureties, one of which must be a legal practitioner and the second a family relation.

The judge, however, said that the actor must perfect the bail terms and conditions within the next seven days.

She stated that the trial would begin on July 26 through 27 and 28 respectively.

The actor is being tried for allegedly defiling the foster daughter of comedienne, Princess.

After his long stay in detention, due to a strike action by judiciary workers, he was first arraigned in court about two weeks ago was was remanded by the court.

Peter Okoye mocks haters, says he is richer as a solo artiste