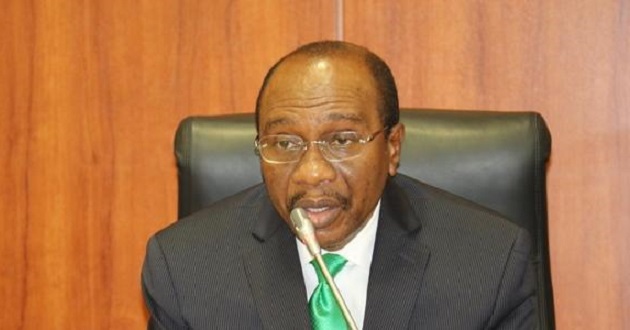 The governor of the Central Bank of Nigeria (CBN) Godwin Emefiele has expressed worries over the current state of Nigeria’s economy.

Emefiele who just began his second term in office in a statement by the CBN Director Corporate Communications, Mr Isaac Okoroafor on Monday admitted that more needed to be done to rejuvenate the Nigerian economy in order to benefit all.

According to him, the pace of Gross Domestic Product (GDP) growth remained fragile and was below the rate of Nigeria’s annual population growth at 2.7 per cent.

He, however, pledged that the CBN would continue to collaborate with the fiscal authorities to strengthen growth and wealth creation in the country.

The governor who reiterated on the bank’s focus to play an active role in supporting job and wealth creation in Nigeria, charged all stakeholders to strengthen efforts at building a healthy and stable system in the best interest of Nigeria.

“We must strengthen our efforts over the coming years to stimulate growth and job creation in critical sectors of the economy, which will help insulate our economy from shocks in the global economy. “We must also work to build a healthy and stable financial system that will contribute to the growth of our economy, while preserving price stability,” he said.

He however, promised that a new roadmap will be unfolded for the bank and economy in the days ahead, after series of consultations with critical stakeholder groups.

Emefiele had just begun his second term in office after the Senate had approved his candidacy on May 16.

According to the statement, Emefiele was sworn in for a second term by the Bank’s Secretary and Director, Corporate Secretariat Department, Mrs Alice Karau.

Court bars SEC from giving effect to decision on Oando