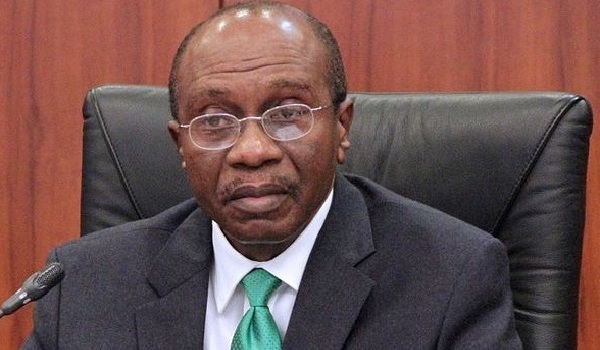 The governor of the Central Bank of Nigeria (CBN) may have come under fire due to his ambition to run for election to fill the seat of the president of the country.

This follows a circular from President Muhammadu Buhari ordering all heads of agencies, departments, parastatals and ambassadors jostling for elective positions to immediately resign.

This came barely some hours after the President directed members of his cabinet with political ambitions to vacate their offices, despite the court ruling nullifying the Section 84(12) of the Electoral Act.

In a circular with reference number SGF/OP/ I/S.3/XII/ 173 signed by the Secretary to the Government of the Federation, Boss Mustapha and titled, ‘Ministers, heads of government agencies, ambassadors and other appointees with political ambitions to resign’, the President reiterated that the directive takes effect immediately.

One of the affected officers is Emefiele, who is vying for the position of the number one citizen of the country.

The circular read: “Mr President has observed and noted the expression of interest and intention by some members of the Federal Executive Council, Heads of Extra-Ministerial Departments Agencies, Parastatals of Government, Ambassadors and other Political Office holders to contest the upcoming presidential, gubernatorial, National and State Assemblies’ elections.

“Consequently, Mr President has directed that the affected office holders aspiring to run for various offices in the 2023 general elections should tender their resignation on or before Monday, 16th May, 2022.

“For the avoidable of doubt, this directive affects all Ministers, Heads and Members of Extra-Ministerial Departments, Agencies and Parastatals of Government, Ambassadors as well as otther Political appointees who desire to contest for political offices. For smooth running of the machinery of government and other foreign missions, affected Ministers are to hand over to ministers of state where they exist or to the permanent secretary where there is no Minister of State. Ambassadors shall hand over to the Deputy heads of Mission or the most Senior Foreign Service Officer in line with established practices.

“Similarly, Heads of Extra-Ministerial Departments Agencies and Parastatals are to hand over to the most senior director/officer as may be peculiar to the organization in line with the service wide Circular No.SGF.50/S. II/C.2/268 of 4th, December, 2017.

“The contents of this circular and the incidental directive take effect immediately.”

However, there was confusion over the inclusion of the CBN governor in the list, as the CBN Act highlights how a governor of the apex banking institution can be removed from office.

A section of the Act specifically states that the governor can only leave office after giving a three months resignation notice.

It’s now unclear how Emefiele will handle the situation, as he also approached the court to compel the Independent National Electoral Commission (INEC) as well as the Attorney-General of the Federation from compelling him to resign his position ahead of the 2023 general elections.

Buhari’s Chief of Staff to chair meeting with ASUU