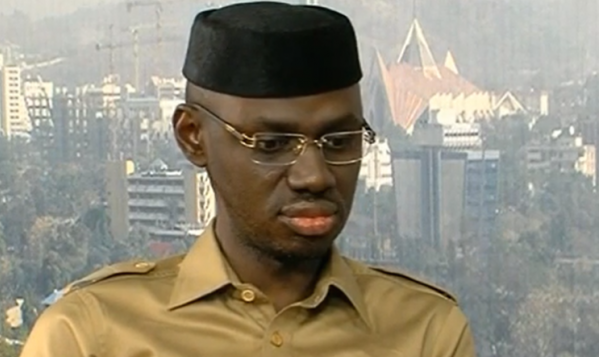 President Muhammadu Buhari has been advised to follow the example of the Senior Pastor of the Commonwealth of Zion Assembly (COZA) Pastor, Biodun Fatoyinbo, who recently stepped down from his position following rape allegations against him.

The advice was offered by Timi Frank, former Deputy National Publicity Secretary of the All Progressives Congress (APC) who in a statement issued on Tuesday said since Buhari has been accused of rigging himself into office during the last presidential elections, the “best thing would be for him to step down until the petition filed against him by the candidate of the Peoples Democratic Party (PDP), Alhaji Atiku Abubakar is decided by the Tribunal and the Supreme Court”.

Reacting further, Timi Frank said; “What General Buhari and the All Progressives Congress (APC) did to Nigeria during the last general elections amount to a grievous rape on our democracy. Therefore Buhari must of necessity step down just like Pastor Fatoyinbo has done, pending the final determination of the ongoing petition by the Justices of the presidential election petitions tribunal and the Supreme Court.

“As a man who claims to have integrity, it is only normal that you (General Buhari) step aside so that the judiciary can do its job without fear, favour or bias that could stem from the ongoing interference in the official activities of the Justices by agents of the executive.

“As at today, the tribunal members are being intimidated, out-rightly harassed, blackmailed, coerced, bribed and above all, covertly threatened by the executive in order to fraudulently procure a favourable judgement,” Frank stated.

According to Timi Frank, Buhari “manifests incompetence, poor leadership and his unabashed rigging of the last presidential election have brought untold pain and hardship upon Nigerians”.

He added: “Your administration raped Nigerians by denying them the true outcome of their vote which was to ensure that a man who can help further the fight against insecurity, tackle unemployment, mitigate poverty and boost the economy in the person of Alhaji Atiku Abubakar was elected.”