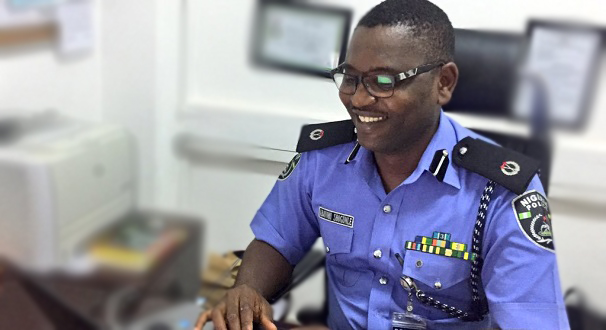 Abayomi Shogunle, an Assistant Commissioner of Police, says #EndSARS campaigners on social media who have refused to approach the courts, are making false claims.

He also said Nigerian lawyers were more active on social media than in courts.

Shogunle, who is the officer in charge of the complaints response unit (CRU) at the force headquarters, said this while speaking with Channels Television on the #EndSARS campaign.

He said some lawyers prefer to complain about issues online instead of taking concrete action where necessary.

“Unfortunately, Nigerian lawyers are more active on social media than they should be active in courts,” he said.

“You see a lawyer tweeting about violence on social media where he can actually do a pro-bono case because part of the things they will use in giving you a senior advocate of Nigeria (SAN), is that you must have done some cases for people free of charge, instead of charge.

“Instead of young lawyers going to court to pursue a career or to improve on their profession by taking such cases to court if you believe it is a case, they will rather prefer to come to social media and be typing all sorts.

“The courts are there and thank God they are working… The judiciary is completely independent of the executive arm of government so the fact that people are not going to courts, I think should be enough reason for us not to take them seriously.”

Shogunle added that the #EndSARS campaigners have failed to take their complaints to court simply because they do not have evidence to tender.

“Courts are still working in Nigeria, how many of such cases have you taken to the court for redress,” he questioned.

“Some have done that and in some cases, the court has awarded damages that the police should pay while the court has thrown out some other cases, having lacked merit.

“So, if you have any issue with the police, you can completely disregard reporting to the police and go straight to the court.

“Why are people not going to the courts? because they don’t have evidence or the facts they will use to pursue their cases.”

He said there is a proper structure in place in the police to address criminal cases, especially those involving SARS officials.

“Some of them are assistant commissioners of police, others are chief superintendents so that’s the structure.

“Once there is any case, they are given directives, they look into it and they carry out their investigation.”