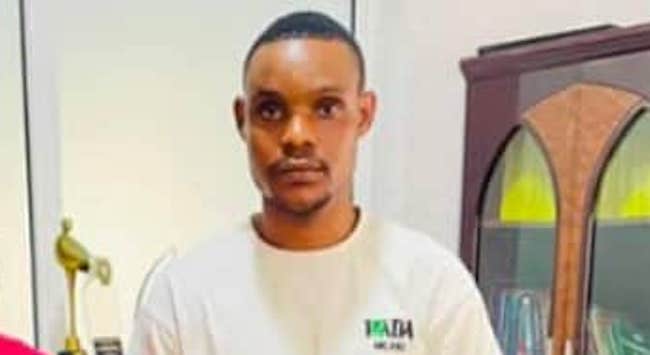 Adedotun Clement, the Uber driver who was assaulted by officers of the Lagos State Neighbourhood Safety Agency (LSNA) during last Wednesday’s #ENDSARS anniversary rally, has demanded N500million compensation from the state government.

In a video that surfaced on social media, the officers who were members of the Lagos Neighborhood Security Corps (LNSC) were seen maltreating the driver despite identifying himself to the personnel during the rally.

In a letter addressed to the Lagos State Attorney-General and Commissioner for Justice through his lawyer, Inibene Effiong, on Friday, Clement demanded N500 million compensation from the state government for gross violation of his rights and deprivation of source of livelihood by its agents.

He asked the government to take disciplinary measures against the officers to serve as a deterrent to others.

The driver also threatened to sue the state government if his demands were not met.

The erring officers were suspended on Friday after they went through an orderly room trial for disreputable conduct.

They were also removed from the team and reassigned to another command of the agency where they will undergo behavioural assessment.

The letter read: “We are Legal Practitioners to Mr. Adedotun Clement, a resident of Lagos State and a commercial driver (our client), on whose behalf and instructions we write this letter to you.

“We have been briefed by our client that on Wednesday, 20th October, 2021, he was conveying a passenger from Lekki to the Lagos mainland, and on getting to the Lekki Toll Gate, he encountered traffic gridlock occasioned by the peaceful memorial protest organised by young spirited Nigerians in commemoration of the first anniversary of the #ENDSARS protest of 2020.

“Our client informed us that while waiting at the Lekki Toll Gate for passage, pandemonium ensued after officers of the Nigeria Police Force and the Lagos State Neighbourhood Safety Corps (LNSC) descended on the protesters and fired multiple teargas canisters indiscriminately in order to disperse the protesters.

“Following the pandemonium, coupled with the debilitating effect of the canisters which penetrative our client’s vehicle, our client and his passenger, like other motorists, road users and the protesters, had no choice but to abandon his vehicle and flee the contaminated scene for his safety.

“When the atmosphere became relatively calm, our client returned to retrieved (sic) his vehicle and continue with his business, only to realise that officers of the Nigeria Police and LNSC had towed his vehicle from the Lekki Toll Gate to an undisclosed location.

“Our client, as a law abiding citizen, approached the officers of the Nigeria Police Force and LNSC who were at the Lekki Toll Gate to enquire about his vehicle. Rather than respond to our client’s enquiry, the police officers and the LNSC officers and without any provocation, swoop on our client and subjected him to prolonged molestation, torture, intimidation, abuses, unwarranted dehumanisation and degrading treatment.

“One of the LNSC officers pepper-sprayed our client’s face which caused severe pains and obstruction to our client’s sight and lasting bodily harm.

“These egregious and injurious acts continued despite entreaties by our client that he should be freed as he was not a criminal.

“Our client who was physically terrified by the assault on his person endured the torture with equanimity; while his attackers persisted in their illegal effort to force our client into the van of the Lagos State TaskForce (Black Maria).”