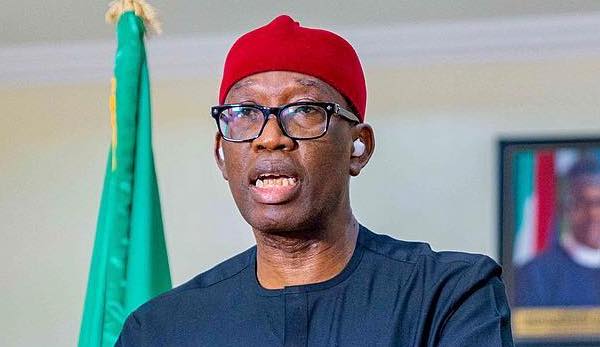 The Delta State Governor, Ifeanyi Okowa, on Wednesday, instituted a Committee for the Protection of Human Rights in the state.

Okowa’s action was in response to recommendations of the Judicial Panel of Enquiry that investigated complaints of police brutality and extra-judicial killings in relation to #ENDSARS protest in the state.

In his address, the Governor recalled the anger of the youths which snowballed into the #EndSARS protests.

He said that the protests which were carried out in major cities across the country “truly shook the foundation of this nation”.

He, however, thanked God for His intervention at that critical period and said that it was for that, that “we are inaugurating this all-important Committee put in place to ensure the protection of the rights of our citizens in this state.

“We saw a lot of our youths come out in anger against so many issues as it concerned the nation but particularly against Police brutality.

“There was a lot of destruction of property as the movements of various civil society groups and youths got hijacked by unscrupulous citizens of this nation.

“We believe that the youths who actually set out at the beginning for the protest meant well for this nation because they were actually there to draw the attention of the leadership of this nation both at the national and at the sub-national levels to the ills in the society.

“They said they were demonstrating against oppressive tendencies of security agencies, which were impinging on their freedom”.

According to the governor, these decisions included the need to carry out some enquiry into the issues raised as to police brutality and to also find ways and means of assuaging the nerves of those who may have suffered one loss or the other.

“This state and many other states commissioned panels of enquiry to look into the issues of police brutality and extra-judicial killings.

“The panel itself had finished its sitting and the report was sent to my office and eventually a white paper was prepared from the report and decisions were taken just recently at the State Executive Council meeting.

“We are very mindful of the fact that we cannot pay for lives lost but we have agreed at the Council on the need to show some respect and to also find means of assuaging the nerves of those who have lost loved ones and for those who had to go to hospitals following action from police brutality.

“These decisions have been taken and we look forward that at the end of this month the monies approved should be paid to the various families that were affected,” he said.

Kanu to be arraigned for treason today. See the seven charges against him