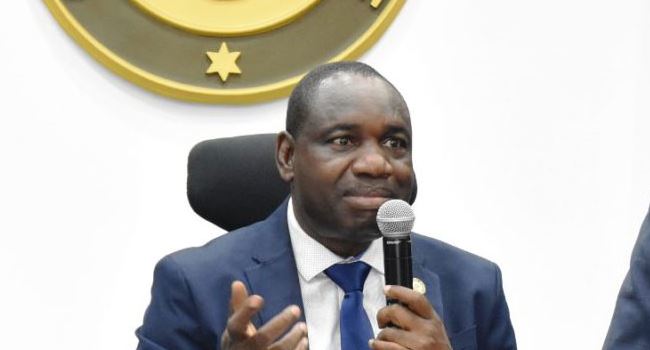 The Lagos State Government has clarified that Governor Babajide Sanwo-Olu is not in charge of the police apparatchik in the state.

This was stated by Gbenga Omotosho, the Lagos State Commissioner for Information during an interview on Wednesday with AriseTV, monitored by Ripples Nigeria.

In response to a question on the alleged brutality of police personnel at the Lekki memorial #EndSARS protests, Omotosho said, “I suspect that the Lagos Police Command would have told them what to do and I appealed to the Commissioner of Police on ensuring civility amongst the personnel and no brutality will be expected. The Governor cannot take over the command of the Police.

“Calling the Governor a ‘Chief security Officer’ is an anomaly because they cannot appoint the police personnel. The directive of the Governor is subject to ratification by the Inspector General.”

He further dispelled reports that the Government mandated Landmark Event Centre, Lekki, from holding a youth conference as a prequel to the protests.

Omotosho said, “I was with Mr Governor a few days ago and the Governor called the owner of Landmark Event Centre where he clarified how he didn’t give any mandate on using the centre.

“According to the owner, it was a pure business decision from the centre to safeguard their business and customers since they are not sure of the nature of the protests so it is wrong for anyone to assert that Lagos Government mandated Landmark to turn youth away.”

Regarding the recently-concluded youth summit hosted by the Governor, Omotosho stated that some of the #EndSARS protests organisers were invited but they declined.

Ripples Nigeria gathered that the youth symposium with the theme: ”Rebuilding for Greatness: Peaceful Conflict Resolution” was aimed at brokering reconciliation with youths in the state.

“On the youth summit, it was announced and it was even free. The keynote speakers already indicated their interest in delivering speeches beforehand and some of the EndSARS guys were contacted but they declined due to conflicting schedules. The Governor listened to various associations who were present,” the Commissioner stated.

Nothing has changed with Police since 2020 #EndSARS protests – Atedo Peterside