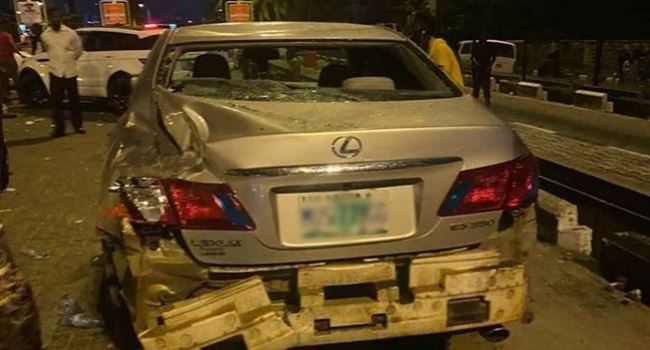 A group of thugs have been accused of attacking #EndSars protesters on Friday October 16, at Lekki toll gate.

#EndSars protesters say they were attacked early Friday morning as a truck rammed into cars parked around the area.

Photos from the scene showed cars destroyed, including a Range Rover and a Lexus with reports revealing that the protest organizers have hired private security guards to protect protesters across different states in the country.

This is not the first time protesters who have been demanding for an end to police brutality have been attacked.

Another incident was recorded in Abuja when protesters were attacked on Wednesday, October 14, by armed thugs.

The Lagos State government has however denies having a hand in sponsoring the thugs that attacked protesters at Alausa, the seat of government.

Related Topics:#EndSARSLekki toll gate
Up Next