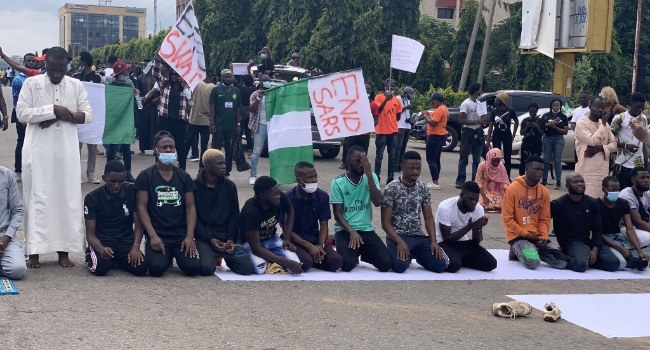 #EndSARS protesters on Friday defied the ban on protest in Abuja to continue their demand for an end to police brutality and the reform of the force.

The highlight of the Friday protest in the Federal Capital Territory (FCT) was a photo circulating on social media showing Muslims among the protesters observing their prayer right on the road.

They continued their protest after the Jummat prayer.

The FCT Security Committee had on Thursday directed that all street demonstrations, protests, and processions within its environs had been banned.

The committee claimed that the ban became necessary due to the dangers posed by the outbreak of the COVID-19 pandemic.