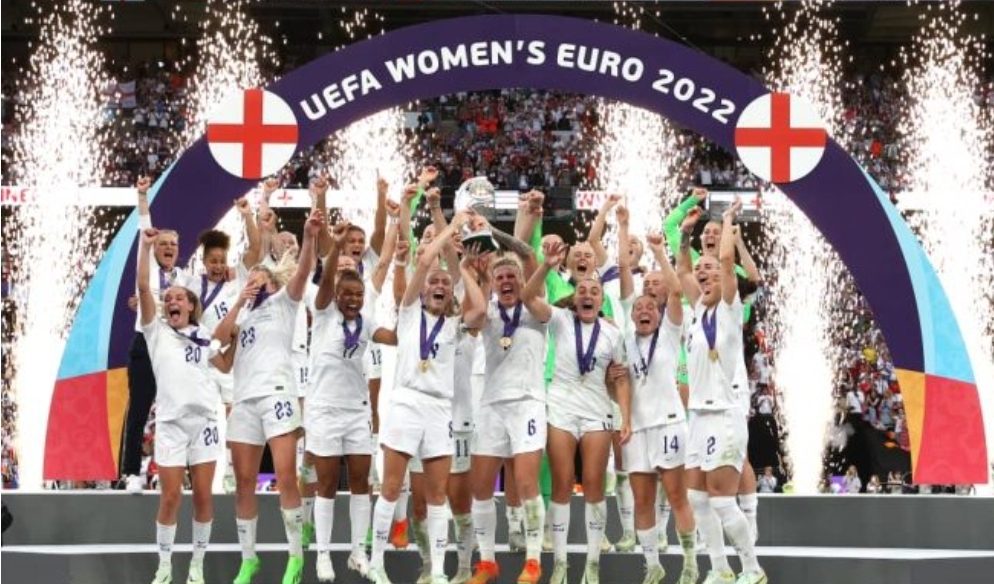 The Three Lionesses of England have emerged champions of Europe after beating Germany in the final of the Women’s Euro 2022.

It was England’s first major trophy and they defeated their old rival and eight-time champions Germany at Wembley to seal the feat.

After a goalless first half, England drew the first blood after substitute Ella Toone opened the scoring on 62 minutes.

But Germany equalized about 17 minutes after through Lina Magull, who set up a nervous ending and forced the game into extra time.

The Three Lionesses sealed victory with 10 minutes left in extra time as substitute Chloe Kelly poked home a loose ball from a corner to send the crowd of 87,192 into a frenzy.

Triumph for the Sarina Wiegman side comes 56 years after England’s men beat West Germany in the 1966 World Cup final, the only previous major trophy won by a men’s or women’s England senior team.