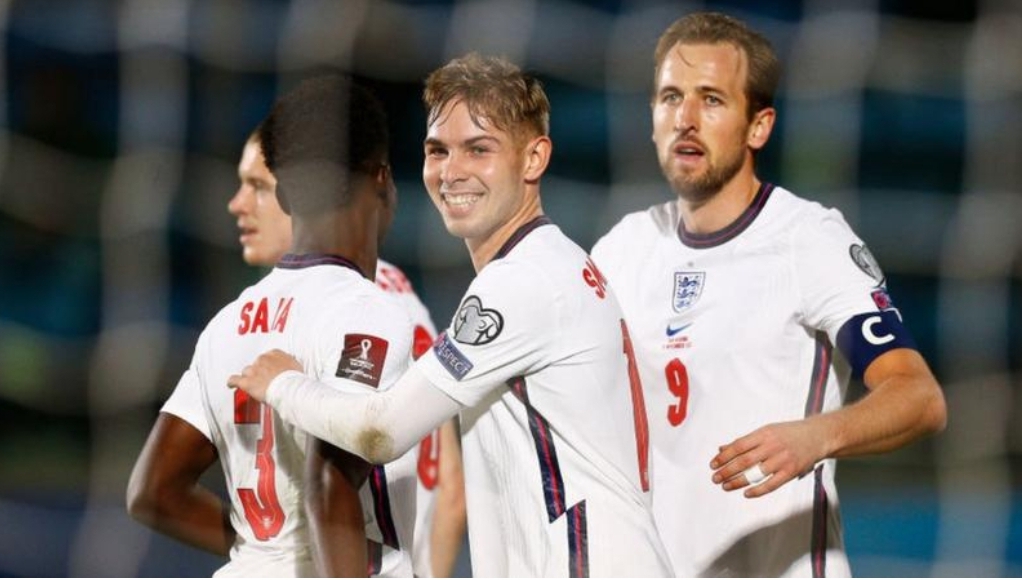 The Three Lions of England have secured their place at the 2022 FIFA World Cup billed to hold in Qatar after beating San Marino 10-0 on Monday night.

England, winners of Group I, are hitting double figures for the first time since 1964 as they secured qualification for the global showpiece.

Harry Kane also racked up the records by scoring four in the first half to go level with Gary Lineker on 48 England goals, additionally setting a new high of 13 for his country in a calendar year.

The Spurs forward, who bagged a hat-trick in the 5-0 win against Albania last week, scored four goals on Monday to help his side clinch the big win.

It is worthy of note however that San Marino are ranked 210th out of 210 in the Fifa rankings.

Elsewhere, Italy were beaten to the automatic World Cup spot by Switzerland in Group C.

The Azzurri will now feature in the play-offs to stand a chance of qualifying for next year’s event after they wete held to a frustrating goalless draw by Northern Ireland in Belfast.

Switzerland, who defeated Bulgaria 4-0 in the other game of the group, sealed their place in the global showpiece after emerging winners of the group.

Going into the final round of qualifying, reigning European champions Italy were leading Group C only on goal difference, +11 to +9 and needed to win as well as bag more goals.

But the events turned out in Switzerland’s favour, as Italy will join other big teams like Portugal in the playoffs next year as the race for Qatar continues.

Elsewhere, Scotland secured a seeded spot in the World Cup play-off semi-finals as goals from John Souttar and Che Adams stunned Denmark with a thrilling performance at Hampden Park.

Related Topics:englanditalySwitzerlandWorld Cup
Up Next

Rohr not moved by criticism, says focus is to win games with Eagles