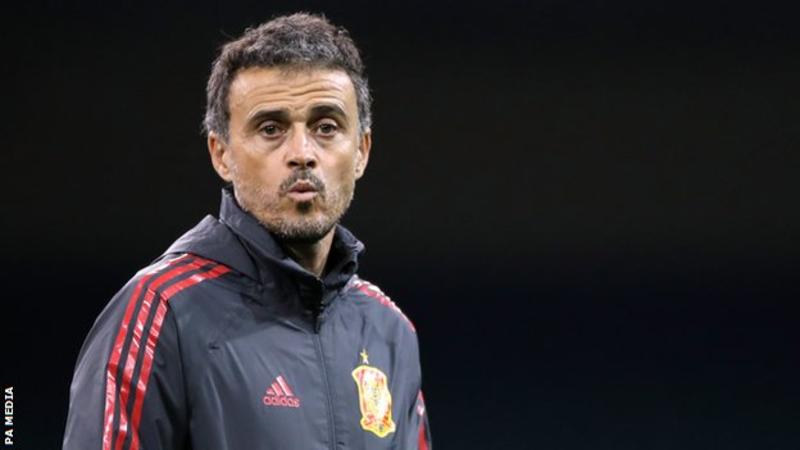 Following their round of 16 exit from the 2022 FIFA World Cup, Spain’s Luis Enrique has left his role as coach.

Spain crashed out of the World Cup holding in Qatar after losing on penalties to Morocco.

“We would like to thank Luis Enrique and his entire coaching staff,” said the Spanish Football Federation (RFEF).

Spain thrashed Costa Rica 7-0 in their opening group match in Qatar, but they drew 1-1 with Germany and lost 2-1 to Japan.

They then played a goalless draw against Morocco for 120minutes before getting knocked out in shootout.

Spain have not won a major trophy since being crowned European champions in 2012. And they have not progressed past the last 16 at the World Cup since their triumph in 2010.

Luis Enrique took over as manager of Spain in the wake of their chaotic 2018 World Cup campaign, succeeding Fernando Hierro who had stepped in two days before the tournament because Julen Lopetegui was sacked.