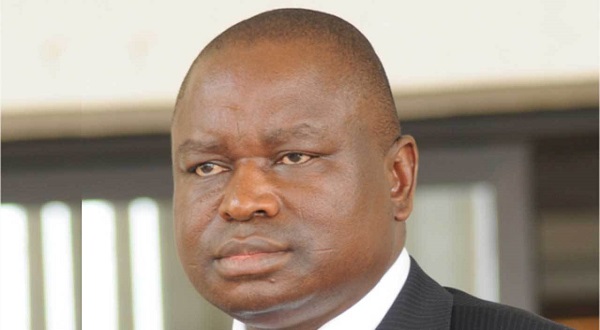 Moments after the Court of Appeal affirmed Ayogu Eze as the governorship candidate of the All Progressives Congress in Enugu state, Eze has expressed confidence that he would win the election in spite of the late court judgement.

The court sitting in Abuja, in a judgment by a three-member panel led by Abdul Aboki on Thursday, set aside the judgment of the Federal High Court which had earlier affirmed George Ogara as the All Progressive Congress (APC) governorship candidate of the state.

Eze speaking on his victory in the legal battle at a press briefing in Enugu on Thursday, said that victory was assured.

He said, “The tornado is on the move and you know what will happen if someone stands on the way of a tornado, it will carry the person.”

The one-time senator however decried the way he was removed attributing it to what he called `political manipulations’.

Ogara had, after the APC primaries on October 4, filed his suit at the Federal High Court on November 5.

However, the Federal High Court was decision voided on the ground that the suit brought before the trial judge had become statute barred and not competent in law, having been found outside the mandatory 14 days populated by section 258(9) of the 1999 constitution.

The court specifically held that the suit of Ogara was caught by the 4th alteration Act to the 1999 constitution which as a new law, makes it mandatory for all pre-election matters to be filed within 14 days of the cause of action.

Justice Aboki explained that Ogara filed after 14 days of the result being published as allowed by law, so the lower court had no jurisdiction to entertain his case.

He, therefore, directed the Independent National Electoral Commission to immediately restore the name of Senator Ayogu Eze as the candidate of the party.