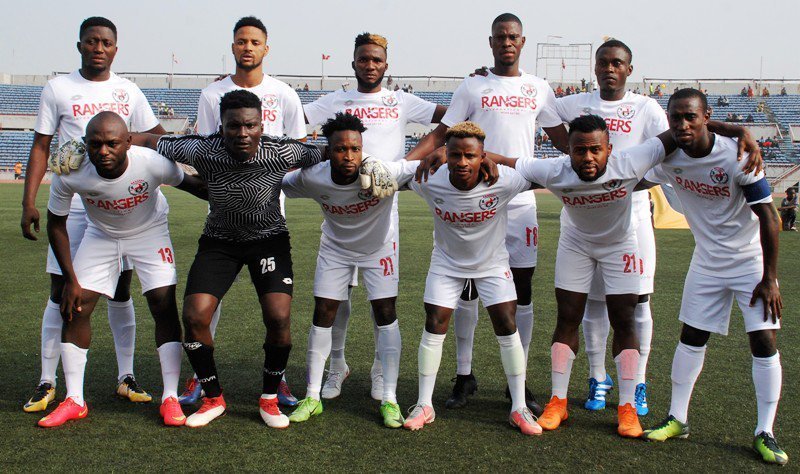 Nigeria’s other representatives, Rangers have also secured a spot in the group stages of the CAF Confederation Cup after beating ASC Kara in the playoffs.

Togolese champions, KARA, who won the first leg of the tie 2-1, fell to a 1-0 defeat in the second leg at the Nnamdi Azikiwe Stadium in Enugu on Sunday.

Rangers advance to the group stage on the away goal rule, joining Enyimba who already booked a spot after victory over TS Galaxy earlier on Sunday.

Chinonso Eziekwe netted the decisive strike for Rangers in the 17th minute of the keenly contested match, as the Benedict Ugwu’s side held on to the lead to the end.

Both Rangers and Enyimba are gunning to become the first Nigerian club to win the Confederation Cup title.